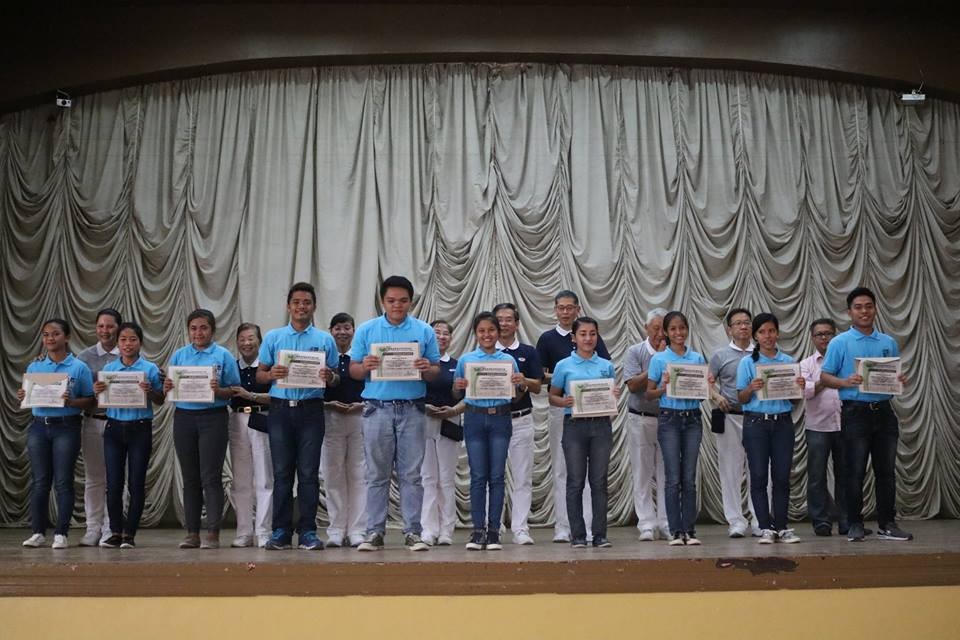 Tzu Chi Foundation renews the scholarships of 110 college students and welcomes 58 new college scholars in a simple ceremony on June 24. The event is held at the Cultural Center in Tagbilaran City, Bohol. 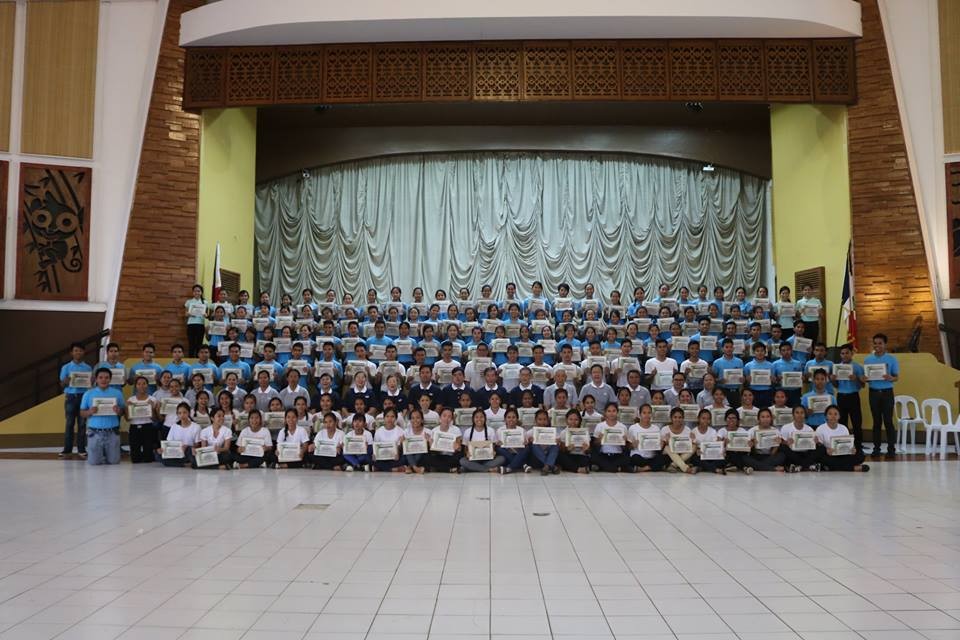 During the program, local Tzu Chi volunteer Joven Uy shares an inspirational message for the students. “Aim for and realize your dreams not for just your own sake but for all the people who believed in you,” says Uy.

Afterwards, a video presentation of the scholars’ activities in the previous year is shown. Selected new scholars also express their gratitude to Tzu Chi Foundation for the chance to continue their education. 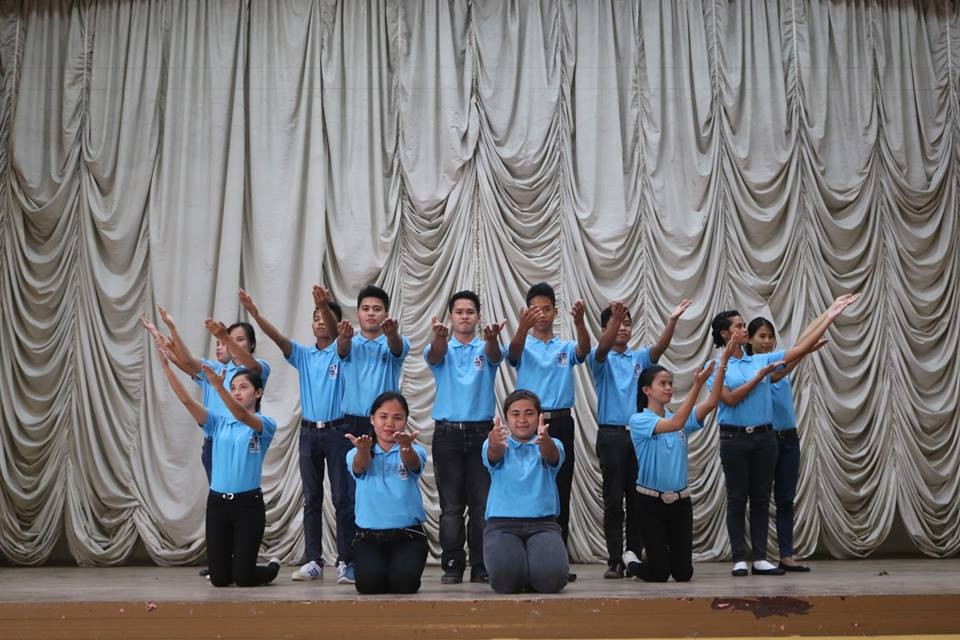 “I am very lucky to be one of the scholars,” says Antero Librando Jr. “It’s not just me who is very glad but my parents as well. When they heard the good news, I saw great joy on their faces. Thanks to the countless loving hearts all over the world. You have given us hope.”
Also among Tzu Chi’s new scholars is 17-year-old Fevilyn Vallorejo. She is currently in her third year of studying Bachelor in Elementary Education at the Bohol Island State University in the municipality of Calape. Vallorejo is a consistent honor student since her elementary years. Today, she is proud to be a Dean’s Lister.

Vallorejo’s parents are both simple farmers. Fevilyn, determined to study, did all she can to help her parents support her education. She sold delicacies like pastillas and polvoron to gather fund for her school projects. In order to save her allowance money, she would walk the 2.8-kilometer distance from her house to their school.
But the cost of a college education continued to be a challenge to Vallorejo and her family. Hence, her gratitude when the she found out that she was accepted as a Tzu Chi scholar. 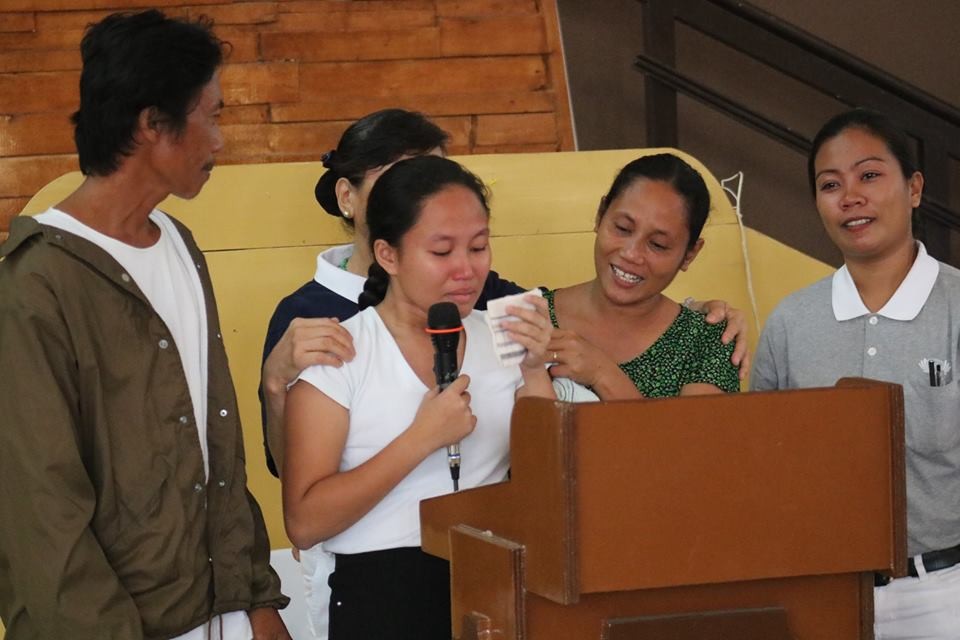 Since 2014, Tzu Chi Foundation has been providing educational assistance to poor and deserving students in Bohol. The scholarship covers the students’ tuition fees and monthly allowances. Apart from material aid, Tzu Chi scholars also gain important values from their involvement in the organization’s various humanitarian activities.

This part of the program is what Ronald Calamba treasures the most. After graduating with a degree in Civil Engineering at the University of Bohol this year, 21-year-old Calamba expresses his heartfelt gratitude and sincere appreciation to Tzu Chi for helping him realize his dreams.

“I really feel so blessed that I’ve been part of the foundation. You have not only helped me financially but you had also taught me how to help others. I have learned a lot of valuable lessons that I believe we could never have learned in school. You have shown us unconditional love though we are not related by blood,” he says.

In his message during the awarding ceremony, Calamba addresses his fellow Tzu Chi scholars by quoting Jing Si Aphorisms by Master Cheng Yen.

“Poverty is not a hindrance to success. Do not under estimate yourself because everyone has boundless potentials. Together, let’s continue to spread the message of great love by saying good words, doing good deeds and having good thoughts,” he says.

Along with the awarding of certificates, Tzu Chi organized a washing of feet ceremony, which is joined by 20 pairs of scholars and mothers.

The scholars serve their mothers with food and drinks, wash their feet, and give them flowers.
When their children tell them, “Ma, daghang salamat, gihigugma tika,” [“Mother, thank you very much. I love you.”] the parents are unable to hold back their tears. “I never expected such gesture from my child. I am filled with so much gladness that I shed tears,” says Pamela Comiling, one of the participants of the ceremony.

Meanwhile both Lorna Nerves and her son, Niño Jebb, become emotional. “I couldn’t hold back my tears as I serve my mother with food and drink because I have never expressed my love for her until today. Thank you for such a very heartwarming activity,” he says.
With the washing of the feet ceremony, Tzu Chi hopes to remind the scholars to remember and honor the sacrifices their mothers have made while raising them.

Tzu Chi Foundation pays high respect to mothers as they have been significant in the establishment of the organization. Tzu Chi started in 1966 with the help of Tzu Chi founder and Buddhist nun Master Cheng Yen’s 30 disciple-housewives, who diligently saved 50 cents daily from their grocery money into bamboo coin banks. Their accumulated savings funded Tzu Chi’s first charity works. 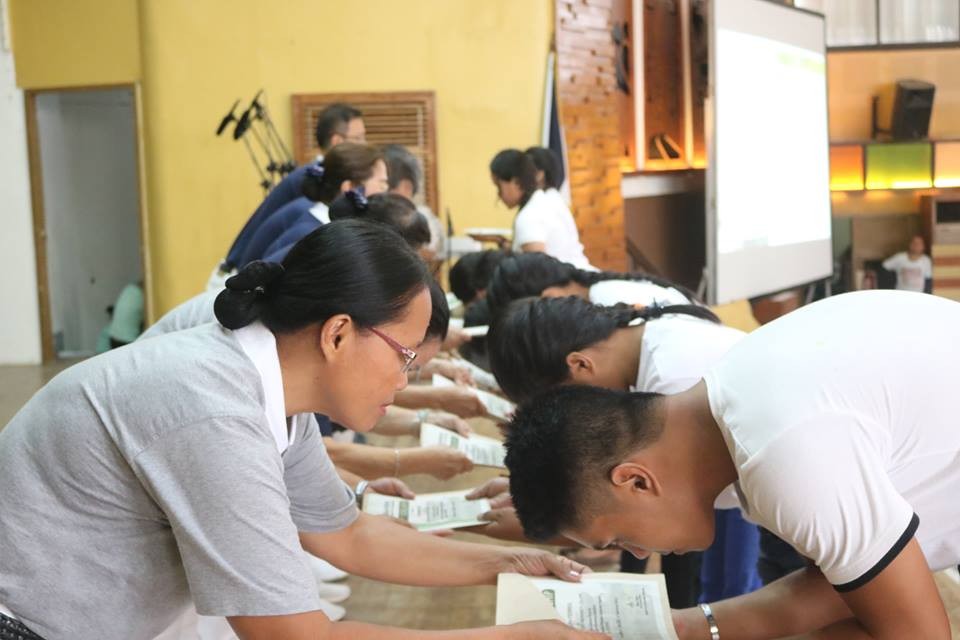 Now, Tzu Chi Foundation is on its 51st year. It still continues to promote filial piety, great love, and compassion through its four missions namely Charity, Medicine, Education, and Humanity.