Accumulation of Love for quake victims in Taiwan 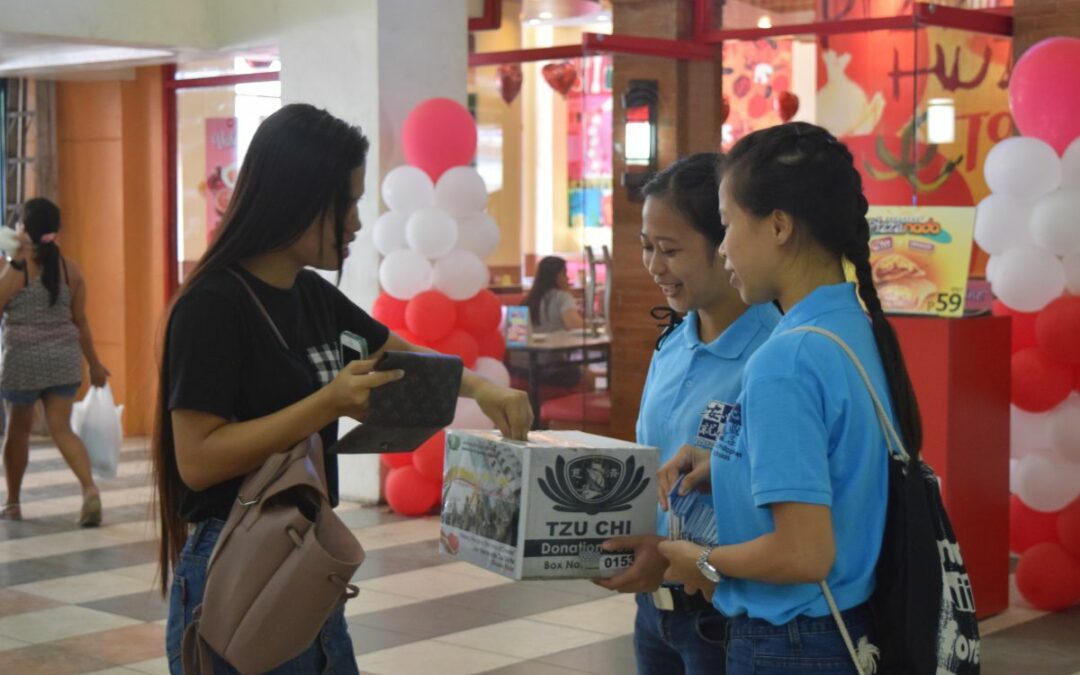 Newsflash: Tzu Chi Foundation began its three-day donation drives on February 16, for the victims of the earthquake and several aftershocks in Taiwan.

On February 7, a 6.4 magnitude earthquake hit the northeastern Taiwan. Building collapse which killed at least seven people and injured more than 250 others, buckling roads and cutting off resources to thousands of families affected by the disaster.

In the middle of disaster, Tzu Chi never left Bohol, now Taiwan is in great sorrow same that happen in Bohol four years ago kindness and compassion from people will give hope to the survivor.

With that, Tzu Chi scholars, staff and volunteers in Bohol joined hands for a three-day donation drive. Collecting help from others still a challenge to them but with their perseverance to help the victims in Taiwan, one can change a heart.

Position in the entrances and exits of malls in Tagbilaran City, holding a newspaper and a donation boxes printed with the actual picture happened in Taiwan everyone encourage each shoppers to drop any amount for the benefit of the earthquake victims.

“Donating may be a burden to some but even a single peso can save lives in Taiwan.” These are words that scholars keep on saying to all people entering the mall. They are firm on doing it.

“Determination to help is my strength during the activity. It was never easy to gain the trust of people specially asking for donation but to sincerely express our good intention touched every mall goers to poll any amount in the donation box”. Adonis says.

“This is just a small thing compared to the help they gave after the earthquake in Bohol”. Adonis added.

Together with the scholars, volunteers show their support in extending help to the quake victims by sincerely giving aid through donating and spent time in joining the donation drive.

“Regardless of any amount they give the important is they show help to others. Whatever amount would be a great help to the people in Taiwan”. Tzu chi volunteer stated.

On the other hand, Taiwan might be miles away but the willingness of the people to donate any amount gave warmth to the scholars and volunteers. Counted all donations, they raise a total of 27,494.50. 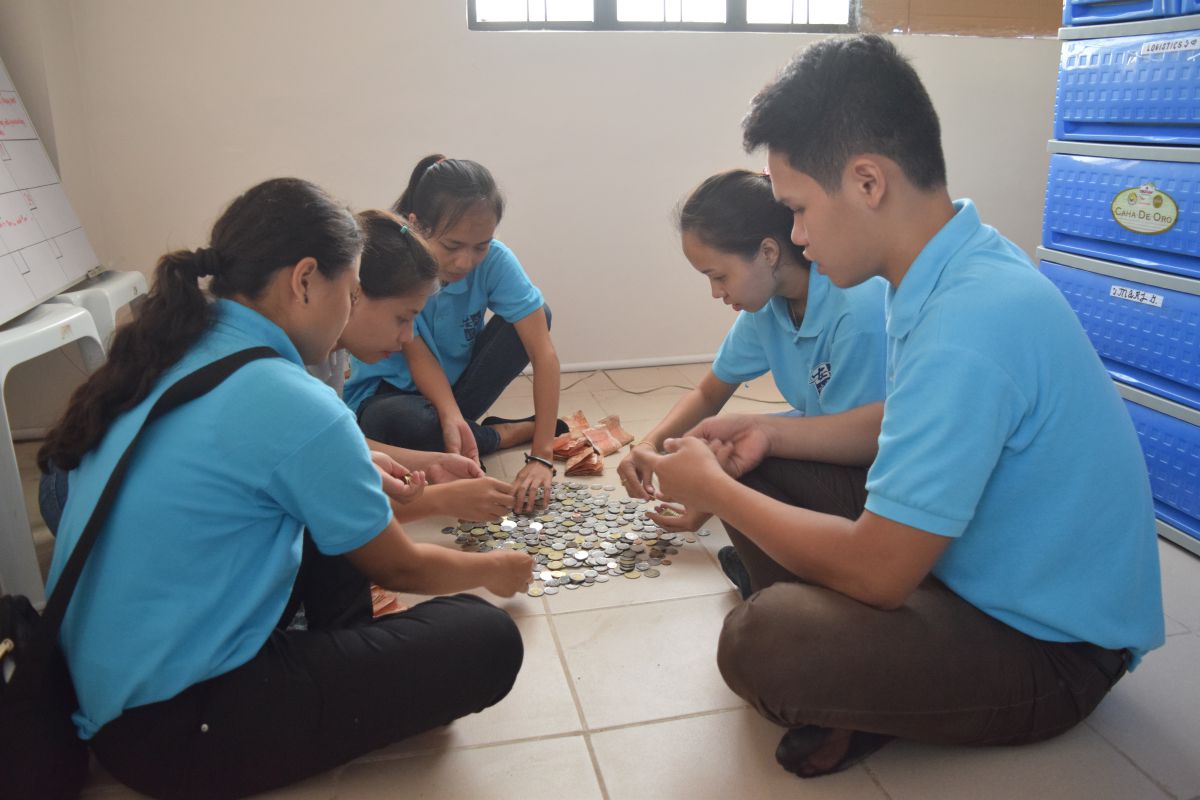 It can be remembered four year ago, the province of Bohol was shook by the strongest earthquake that hit the country. Thousands of Boholanos were badly affected that left Bohol a massive destruction. In the middle of the said devastation, through compassion and kindness, Tzu Chi foundation gave hope to the people of Bohol.

Since then, Tzu Chi had been tirelessly extending help to Boholano not only during disaster but also in terms of medical assistance and scholarship program that give a new hope for the youth.

Tzu Chi volunteer Joven Uy reminds everyone with what Master Cheng-Yen had said “people impression to other people is why we would give to them whereas they are rich but Master said that despite race, culture and status once they are disaster victims they all need help.” He stated. 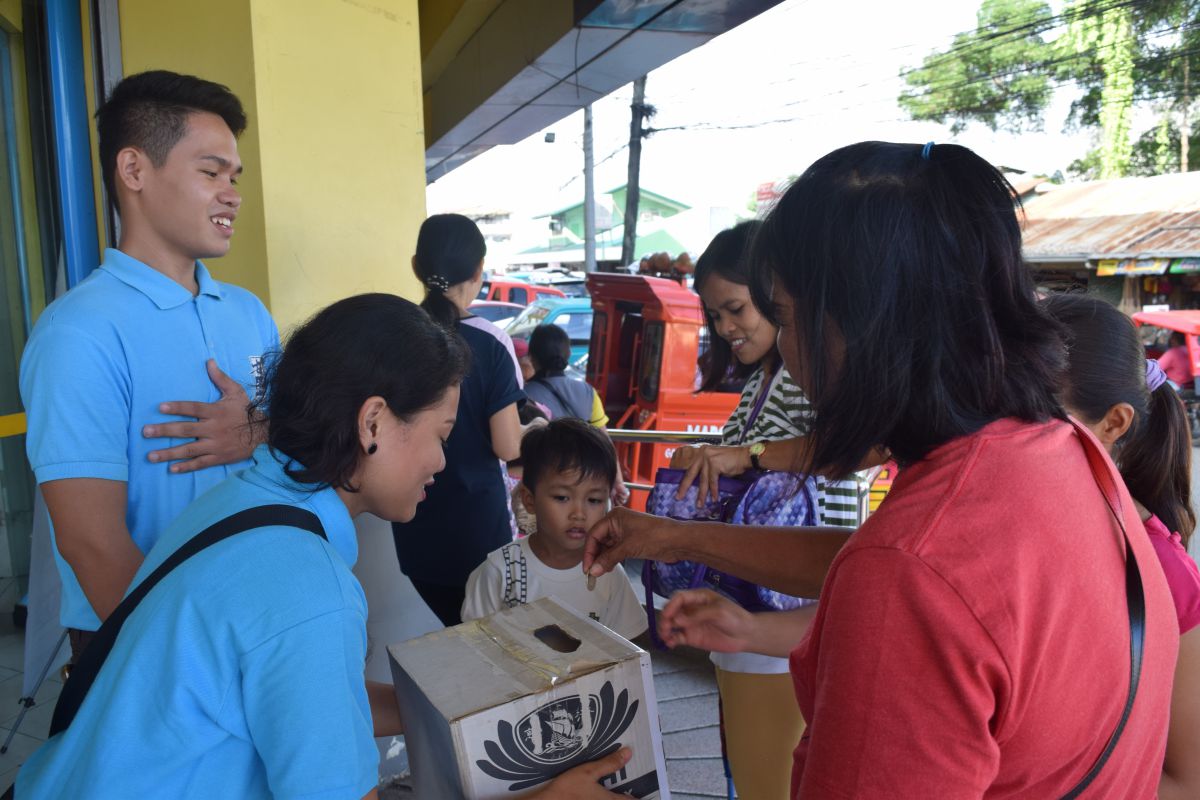