Getting Back the Main Support (Arnel Baquero’s story) 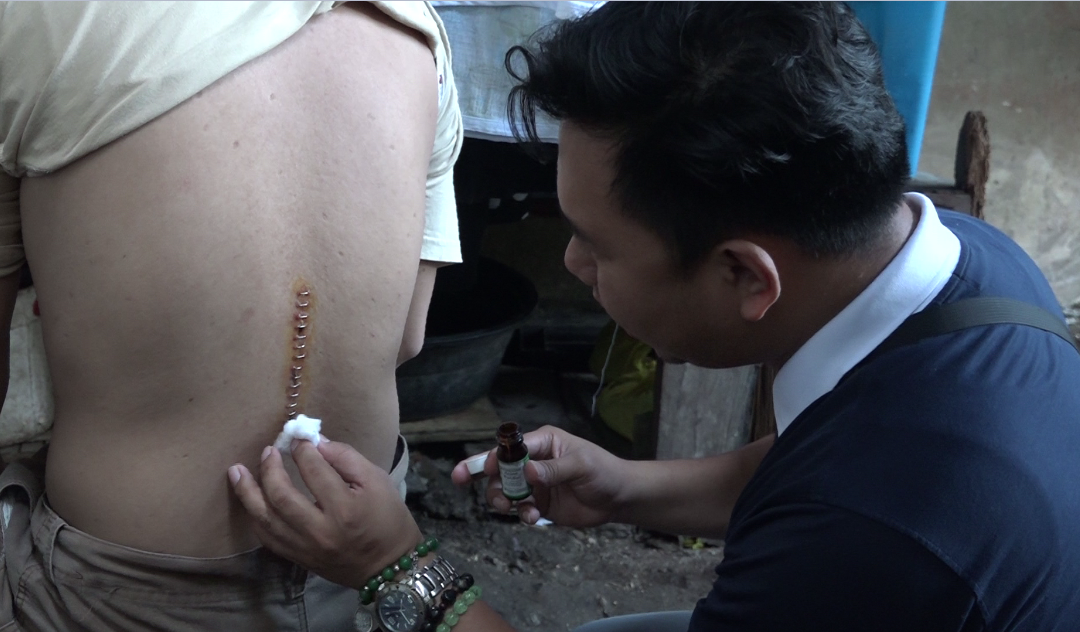 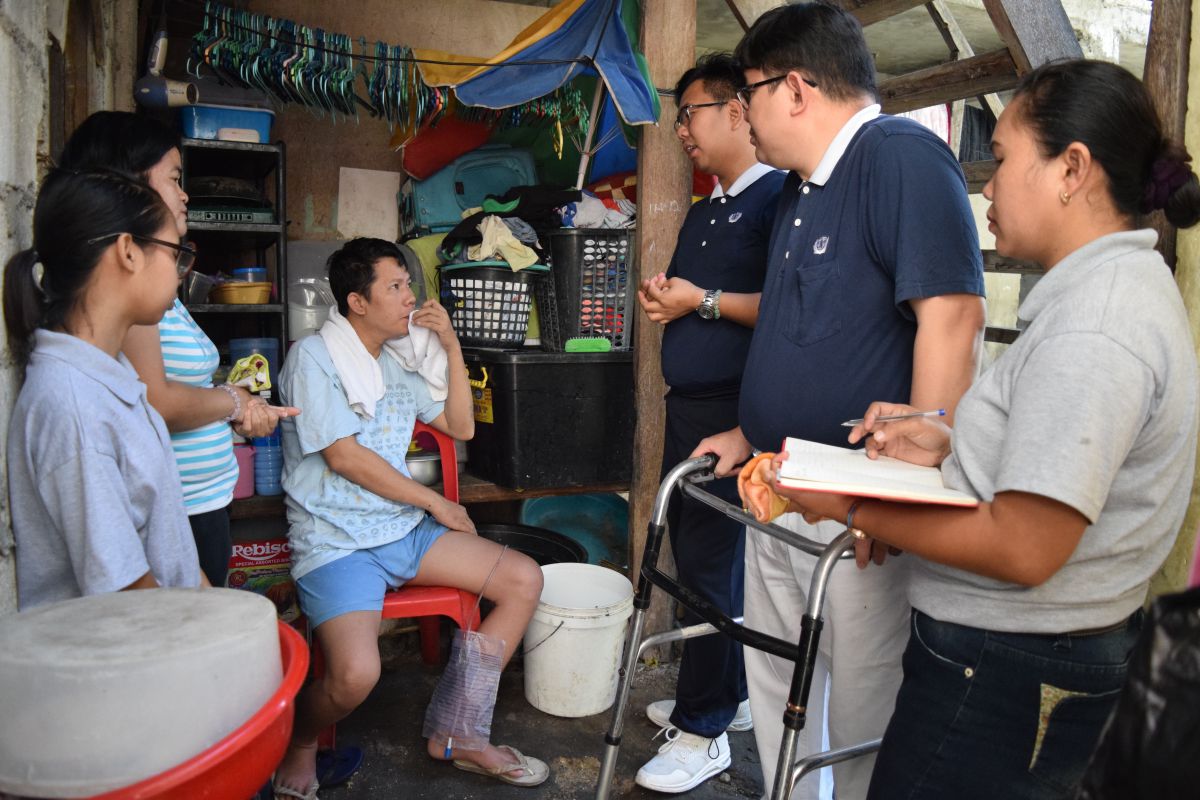 A “father” embodies strength and backbone in his household. He serves as one’s “spinal cord” that gives main support and balance in the family. But what if, the “main support” of the family has lost its own body’s “main support?”

Arneil Baquero is a 32—year old father who was diagnosed with Spinal Cord Tumor. He is residing in a small room with his two sons and Juvelyn Cenabre, his live-in partner at CPG North Avenue, Cogon, Tagbilaran City.

According to Arneil, he doesn’t know before what kind of illness has consumed him because of the pain he felt with his condition. It has affected his life, his family and his living.

“My illness was a hassle. It gives too much pain to my body and it’s hard for me to move and do my job” he expressed.

Juvelyn, his live-in partner, has seen the great impact brought by this kind of inconvenience. Since Arneil can no longer work for the family, she decided to be a lady server in a small eatery, just a few steps from her house in a day and a lady server as well at Cogon’s barbeque store at night.

“This hardship brought a great effect. It seems like, our way of living has been paralyzed. We can’t work together, anymore. Since he can’t move, I became the bread-winner for our family.” Juvelyn said.

But then, a great ray of sunshine took its peak amidst the cloudy skies, when the family has met Tzu Chi Foundation.

“I was working in one of the barbeque stores here and Tzu Chi Foundation’s office is just beside of where I am working. We have customers who had eaten in our store and has told us that Tzu Chi might help us for the operation. The land lady of our boarding house also told us the same thing, that’s why I decided to go to Tzu Chi’s office and ask for help.” She narrated.

According to Juvelyn, ever since Arneil has been operated, everything seems to go back the way it was before.

“Our situation right now is better than before. He can move minimally even if he’s still recovering. He can already take care of our children. This outcome becomes better after Tzu Chi has helped us.” Juvelyn said happily.

Arneil is planning to look for a job in order to sustain the needs of his family, as soon as he is fully-recovered. According to Juvelyn, both of them are also planning to be a volunteer of tzu Chi Foundation.

“We already talked about being a volunteer in Tzu Chi. In fact, we told Ma’am Nina to tell us if there’s a big event in Tzu Chi, so we can help and be a volunteer.” Juvelyn said sincerely.

“I’m thankful to Tzu Chi because he (Arneil) was finally operated.” She added gratefully.

With the condition of the family after the operation, their hearts are so grateful for the help that has been given to them. The “main support” of the family has regained its own body’s “main support” and is now prepared to realize the dreams of his family. Thus, following the teachings of Master Cheng Yen, in return, they want to give back the seed of goodness to those who need help.