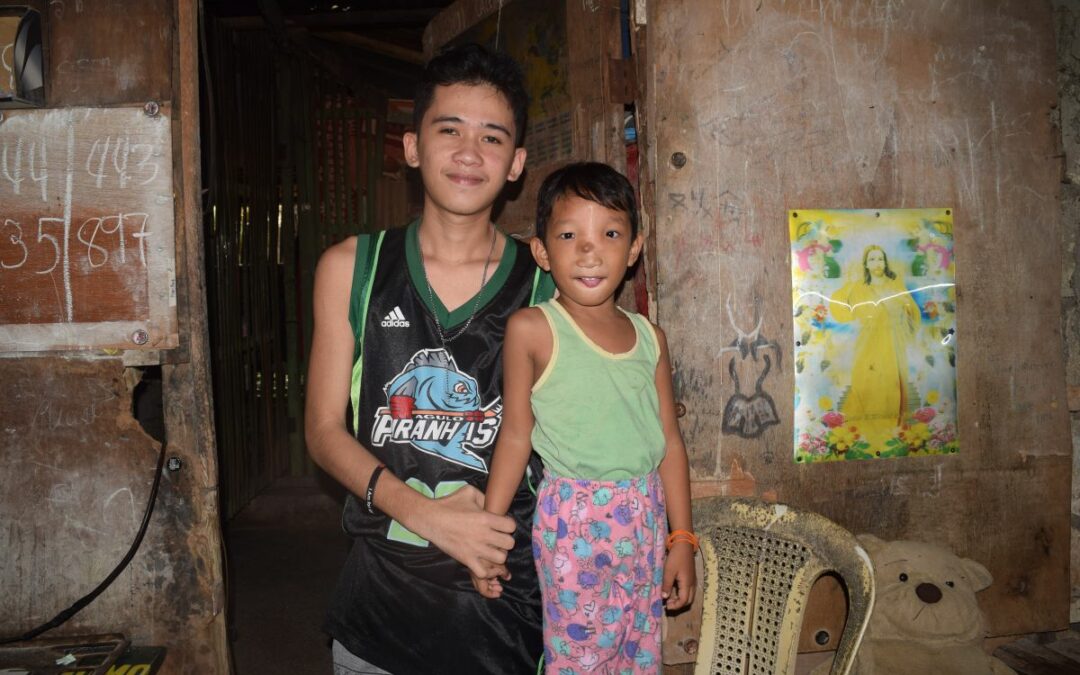 Baby Mateo was born with a tumor growing around his nasal cavity, called frontal encephalocele. This rare condition, according to medical journals, affects one in every thousands of births worldwide. 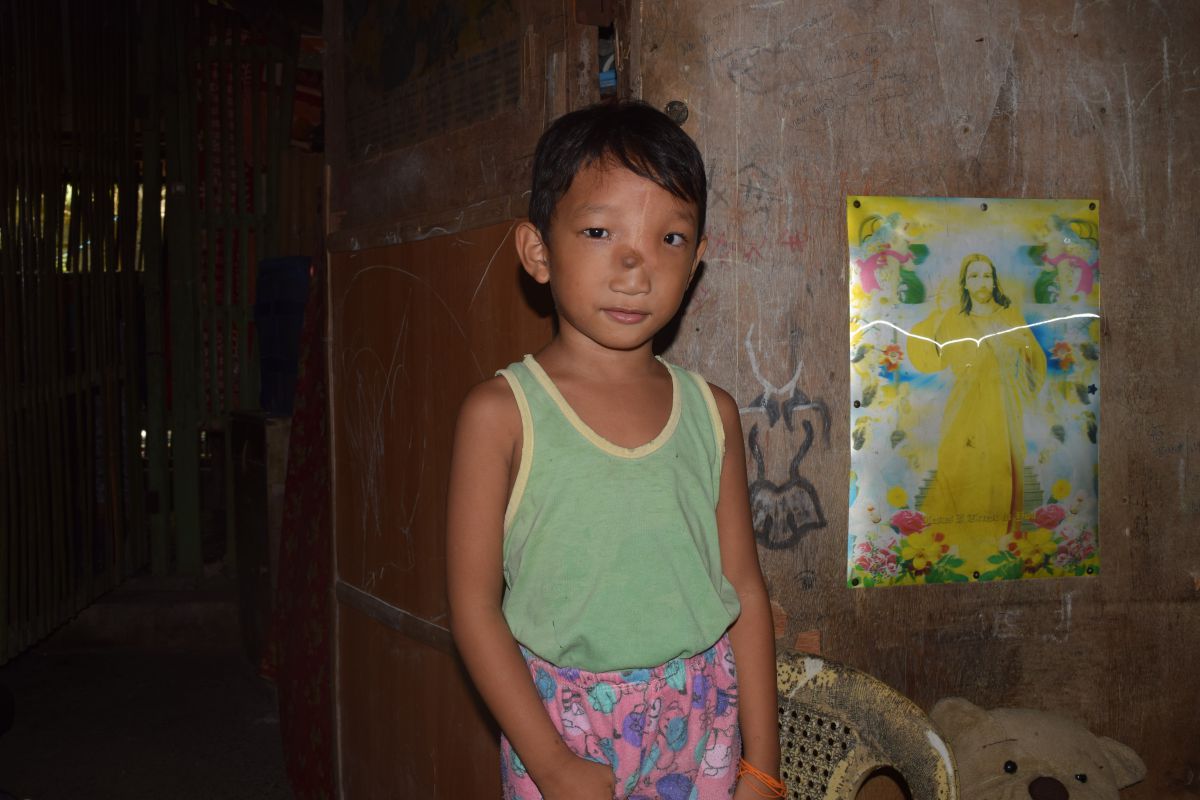 Anxious about his condition, Mateo’s parents sought advice from a pediatrician. The doctor told them to prepare for a two-stage operation to remove the tumor, but due to lack of money the surgery did not push through. His father’s job as a part-time driver could not pay for the procedure.

The family approached different organizations and individuals to help them, to no avail.

A ray of hope came when a volunteer came to their house and referred them to Tzu Chi Foundation. Mateo’s parents wasted no time in bringing the baby boy to Tzu Chi’s Bohol office in Tagbilaran City. In 2015, accompanied by his mother, Mateo underwent surgery in Manila and stayed there for five months. Manila-based Tzu Chi volunteers assisted him with his needs.

His parents had only but kind words to say to Tzu Chi after the operation.

“We are grateful to Tzu Chi for supporting our son’s operation. If not for Tzu Chi, maybe our son might no longer be with us today because the tumor would eventually grow and cause complications,” said an emotional Marilyn Mahusay .

Mateo’s operation was a great relief to his parents who dreamed to see him live like a normal child. However, his mother was summoned home just as Mateo’s second operation was imminent. Marvin, Mateo’s 19-year old older brother, was seriously ill. He complained of sporadic headaches that bothered him every night.

One day, after a basketball game he complained of a sudden excruciating headache. Shortly after, he showed signs of stroke and collapsed. He was rushed to the hospital where the parents learned that he has a ruptured aneurysm. His mother recalled an incident four years ago, which might have caused it. 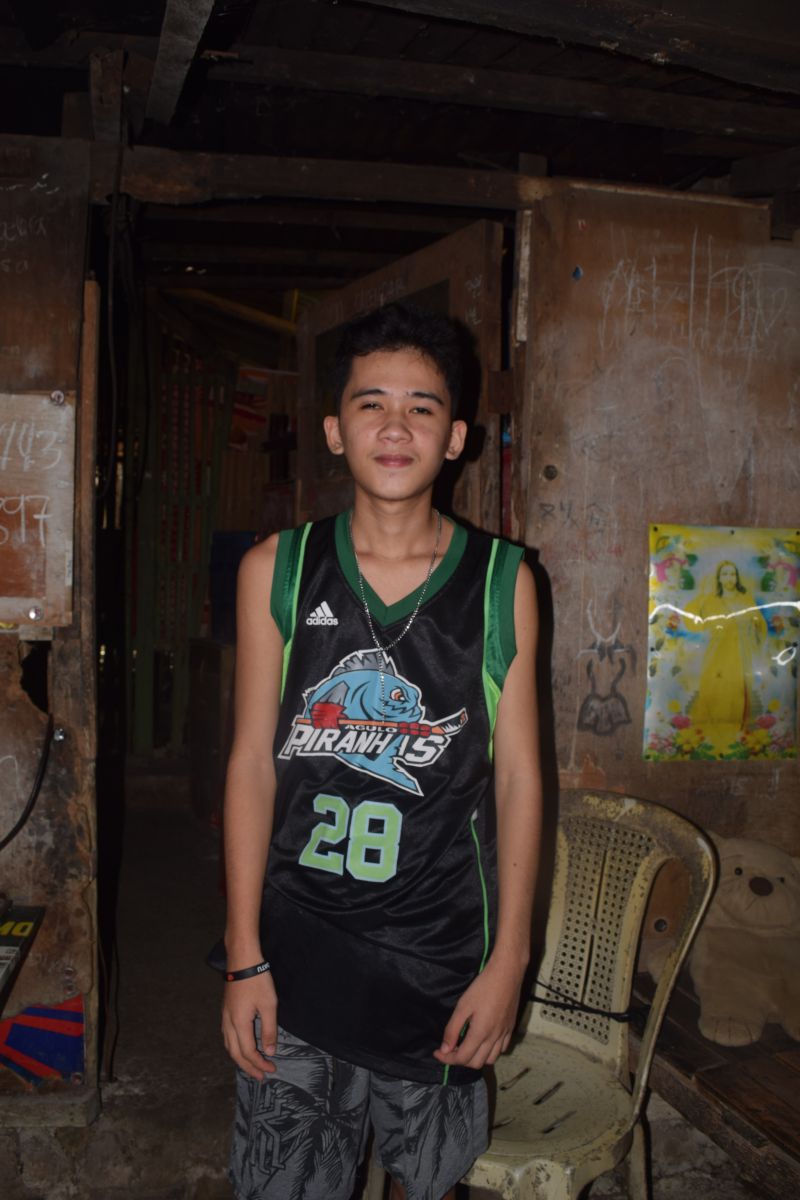 “Marvin fell off from a palm tree when he was 14 years old. He did not complain of pain then, so we were convinced that he was well. We also did not take him to a doctor because we couldn’t afford it,” she narrated.

Without anyone to help them, they turned to Tzu Chi once more. The volunteers did not hesitate to extend a helping hand. Marvin underwent an emergency parietal lobe surgery on September 2017.

Marvin’s education was put on hold for a few months after the operation. Upon returning to school, however, he experienced epileptic seizures. Despite this, he remained determined to finish his studies.

Then, in Grade 12, a school requirement hindered his goal of graduation. All graduating students have to undergo on-the-job training (OJT). The school would only permit him to undergo OJT under the condition that his parents sign a waiver in which the school can’t be held liable if something happens to him during the period.

Marvin’s parents did not sign the waiver, thus automatically dropping him from school. 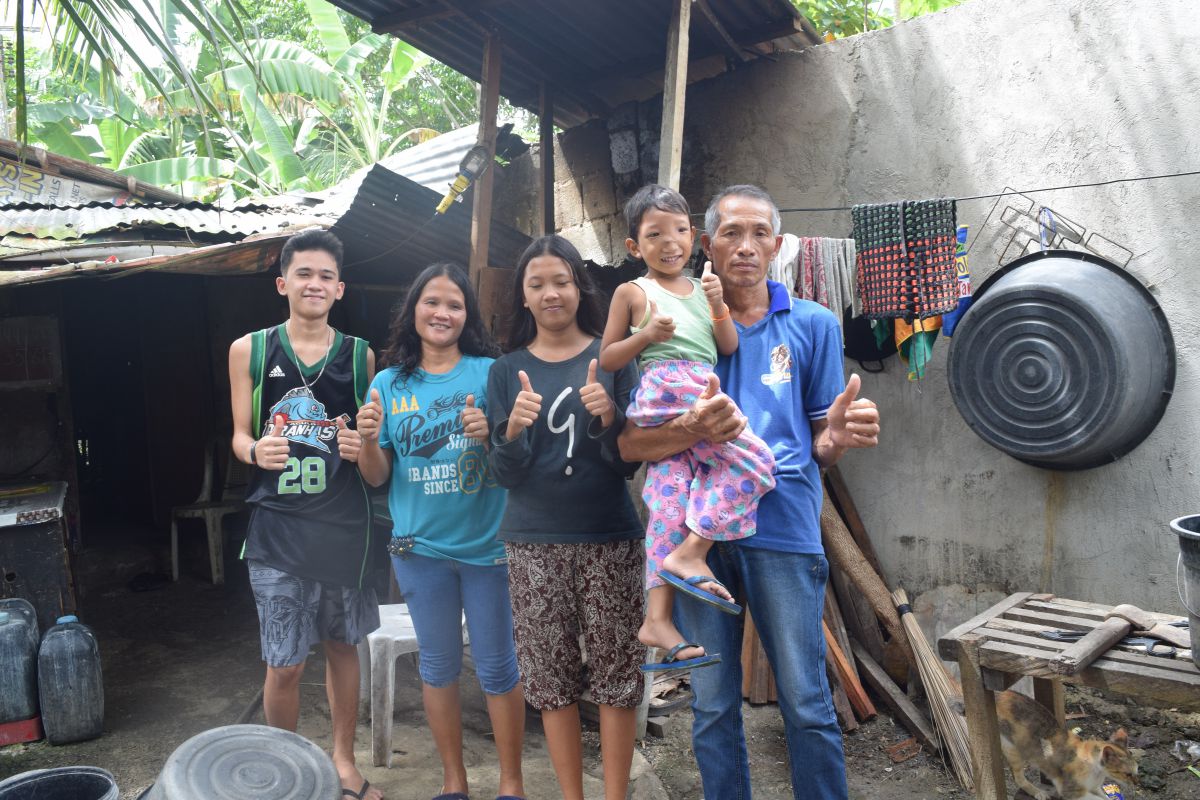 Saddened by the difficult decision, Marvin accepted it and focused on helping around the house.

A year later, Marvin had all but recovered from the surgery. Only the minor side effect of the rupture, which made his left side weaker than the right is giving him problems. The maintenance medicines provided by Tzu Chi manage his seizures.

“I am grateful to Tzu Chi for giving me a second chance of life. I am now able to walk well and do minor house chores. My head is no longer in pain,” says Marvin.

“I’ll do everything that I can to help my parents. They went through a lot when my brother and I underwent two separate operations. It must have been hard for them emotionally. I wanted to make them happy, even in my own little way,” he added.

The family currently lives inside the compound of the father’s workplace in Tagbilaran City, paying Php1,000 in rent monthly. Although still struggling financially, the alleviation of the brothers’ suffering has allowed them to rest easy. This is only made possible through the depth of human compassion.