A Community That Unites for a Noble Cause 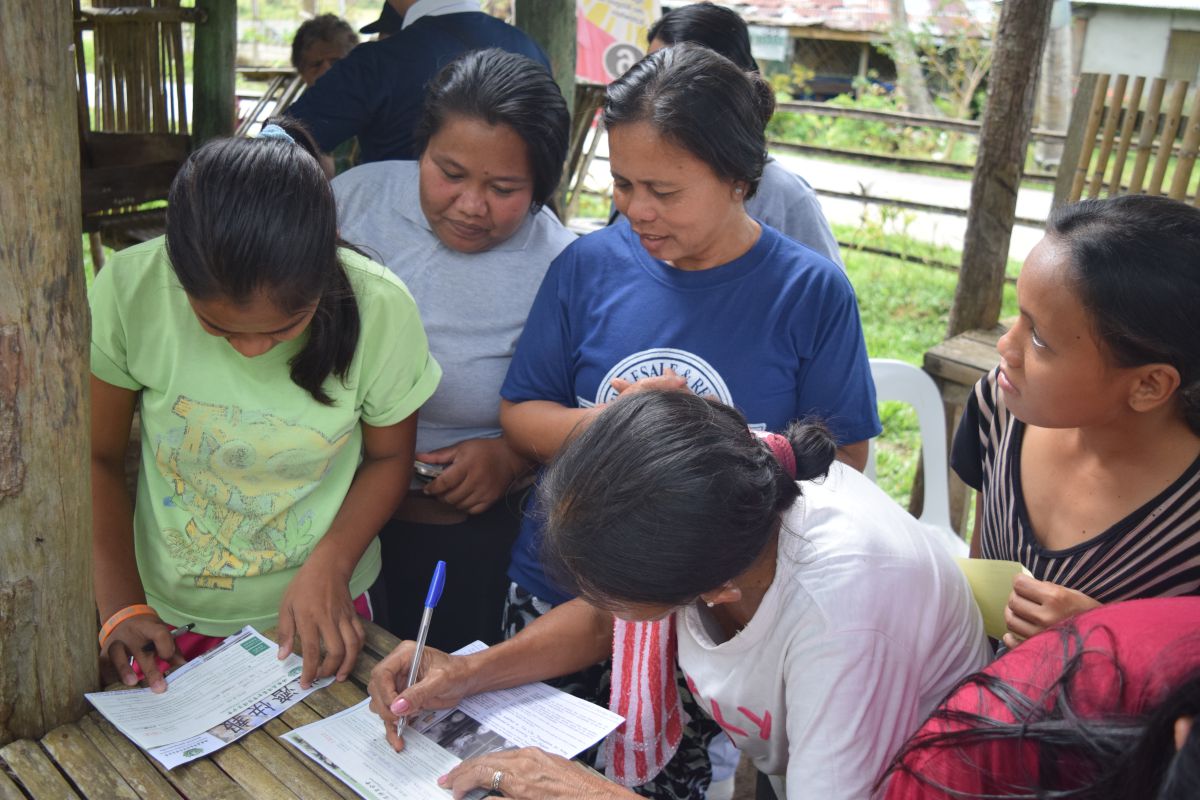 The volunteers and donors are the lifelines of Tzu Chi Foundation. The dedication and generosity of volunteers who extended their time, energy, and resources is what keeps the vessel moving, to arrive to its destination—a community bound with love and compassion; free from suffering.

April 02, 2019 was a day of joy and selfless-giving when the volunteers from Manila arrived in the small but beautiful town of Sagbayan, Bohol.

Sagbayan was one of the heavily hit towns in the aftermath of the 7.2 magnitude earthquake that struck Bohol on October 2013. The town had lost a number of precious lives and historical infrastructures, which brought the entire community in great sorrow.

Like a ray of hope, Tzu Chi arrived and addressed the immediate needs of the affected residents through material and financial assistance to each household. After the earthquake, Tzu Chi continued its service to the municipality and established a group of dedicated volunteers who carried out the missions around the town and the entire province.

Among the compassionate volunteers were Sis.Salome Tagyam, Sis. Liezel Sasutil, and Sis. Flora Virtudazo. Prior to the arrival of the Manila volunteers, they gathered the residents in several meeting areas for a short assembly and discussion of the goal of Tzu Chi—to invite local volunteers to be donating members of the foundation. 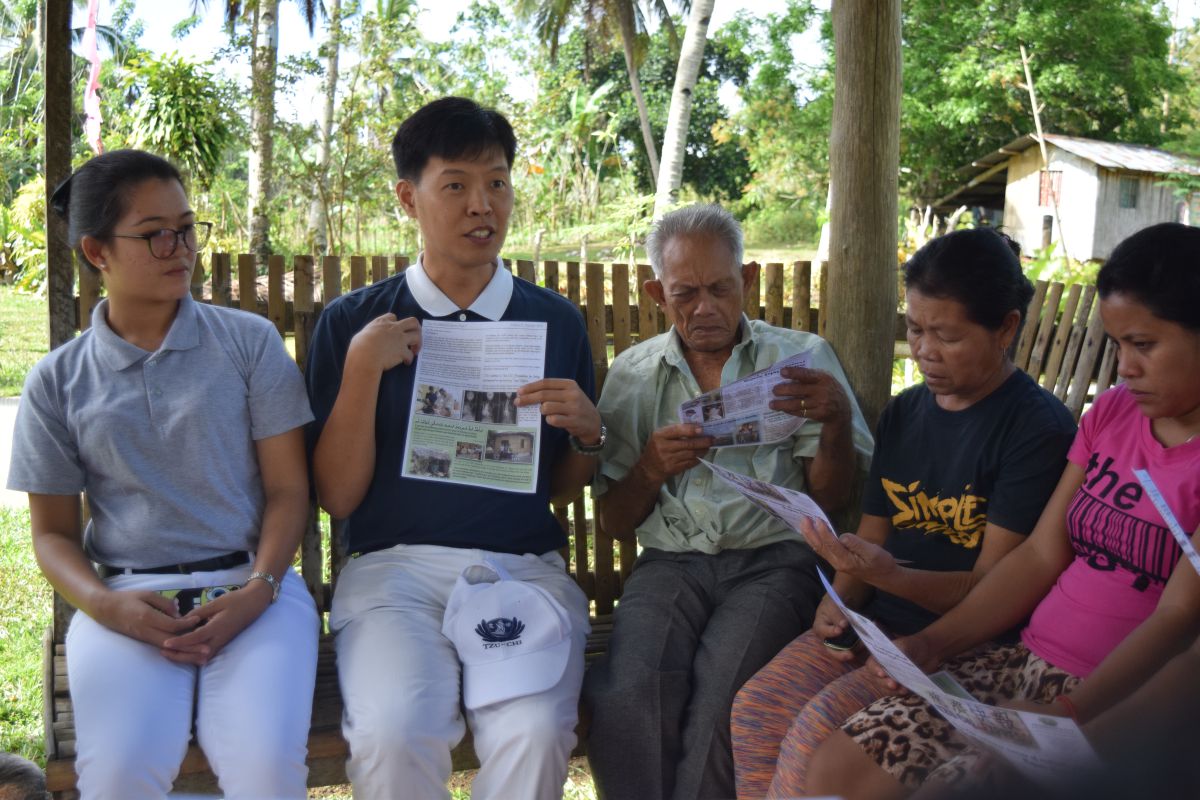 Brother Michael Siao reached out to the kind hearts of the locals. He encouraged them to continue to support Tzu Chi’s endevours so more people will be benefited by Tzu Chi’s missions.

The inspiring words and wisdom of Bro. Michael had awakened the inner goodness of each local who attended the assembly. It didn’t take long before each of them registered for Tzu Chi and pledged their monthly donation. Through a registration from, which entry would be encoded on a database, it would be convenient for the volunteers to collect and record the donations.

“ We are willing to support Tzu Chi’s activities, through our monthly donation. This is an avenue for us to give back to the kindness that the foundation had extended for us right after the quake, “says Ricardo Estillore, a resident of Dagnawan, Sagbayan, Bohol.

The final stop of the volunteers was in the small barangay of San Vicente Sagbayan. The volunteers were moved by their candid gestures of the residents who patiently waited in the assembly hall of the barangay. Holding coin cans, the residents greeted the volunteers with their warm smiles.  They gladly deposited their coin banks and signed up as donating members of Tzu Chi.

“I would like to take this opportunity to personally thank Tzu Chi for doing a noble task in helping us after the earthquake. The quake was the saddest event in our lives because it took away our loved ones and priceless possessions.  Tzu Chi lessened our pain in that trying time, “ says Bonaos.

After signing up, the new donating members happily chant “ We, the residents of San Vicente, Sagbayan. We are now members of Tzu Chi.” They raised their forms up as a sign of appreciation and support to the wonderful works of Tzu Chi in the province of Bohol and beyond. 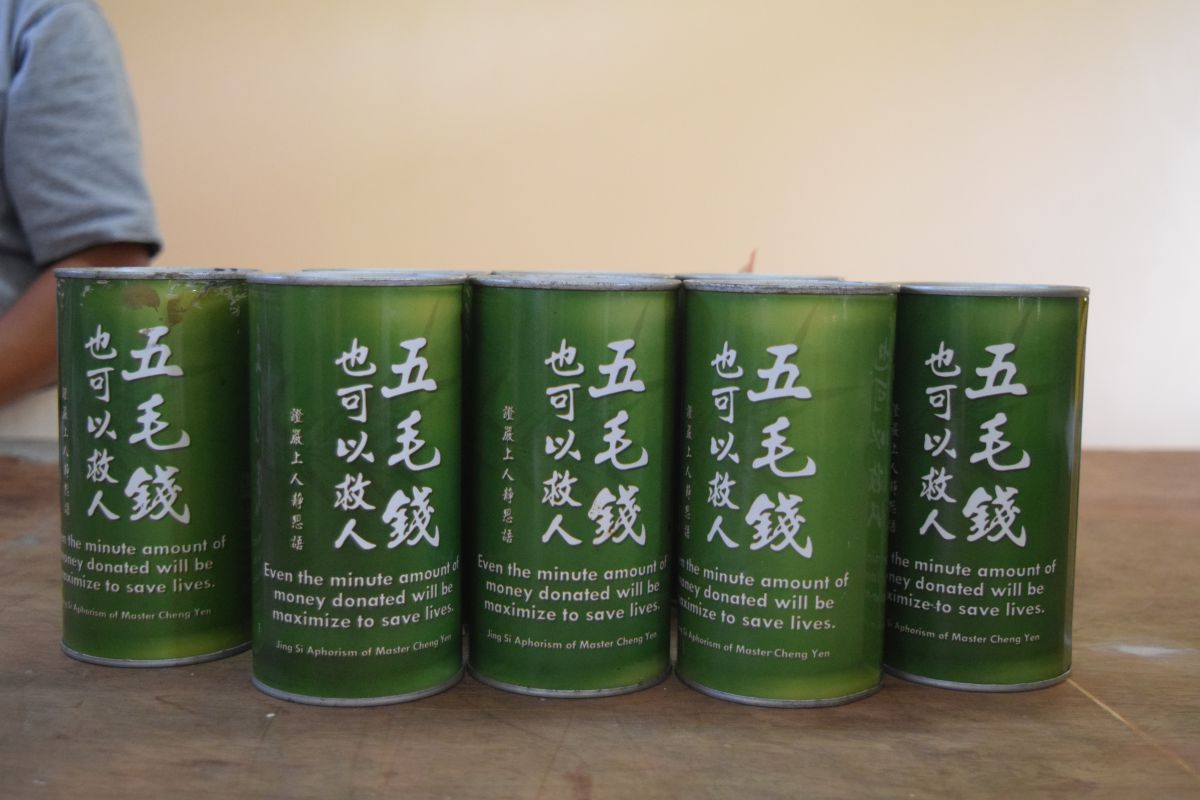