It is said that one sees her true mission in life when one has to go through difficulties and challenges.

Niña Agnes Mendez a.k.a. Niña, as her friends fondly call her, was diagnosed with Developmental Cataract and Right Eye Band Keratopathy when she was one year old. According to medical research, band keratopathy is characterized by the appearance of an opaque white band of variable density across the central cornea, formed by the precipitation of calcium salts on the corneal surface (directly under the epithelium). Her eye condition had made her left eye blind and had caused nearsightedness of her right eye. 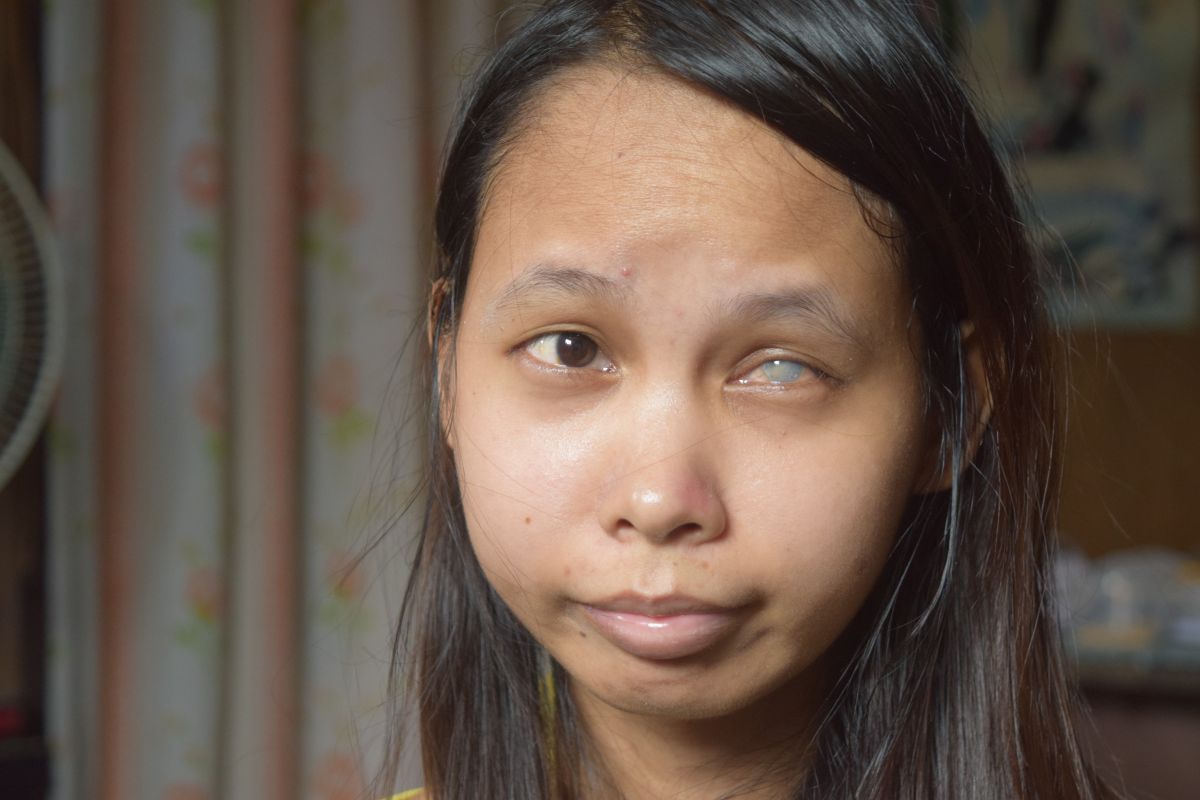 Born to a single mother in the town of Ubay, Bohol, 70 miles away from the capital city of Tagbilaran. Niña grew up under the care of her grandparents. A few years after her birth, Niña’s mother got married. She had three half-siblings in the union but she was not close to her mother and her new family.

As a child, Niña had experienced bullying because she was perceived as “different”. The behavior of other children left her insecure of herself. As a result, she kept her distance and entertained herself with books at the comfort of their home. Her grandmother, who doted on her ever since she was a baby was Niña’s pillar and source of inspiration.

“During my childhood days, I experienced rejection. I felt like I didn’t belong anywhere because I was different. I longed for love and acceptance but I was deprived of such affection,” expressed the 27-year-old Boholana.

Growing up, Niña had learned to embrace her exceptionality. She realized that there is more to life than her eye defects. She widened her circle of friends and proved to everyone that she can accomplish greater things despite other people’s opinion about her visual incapacity.  Instead of wallowing in depression, she channeled her energy to excelling in the academics, joining in several school organizations, and participating in church activities. 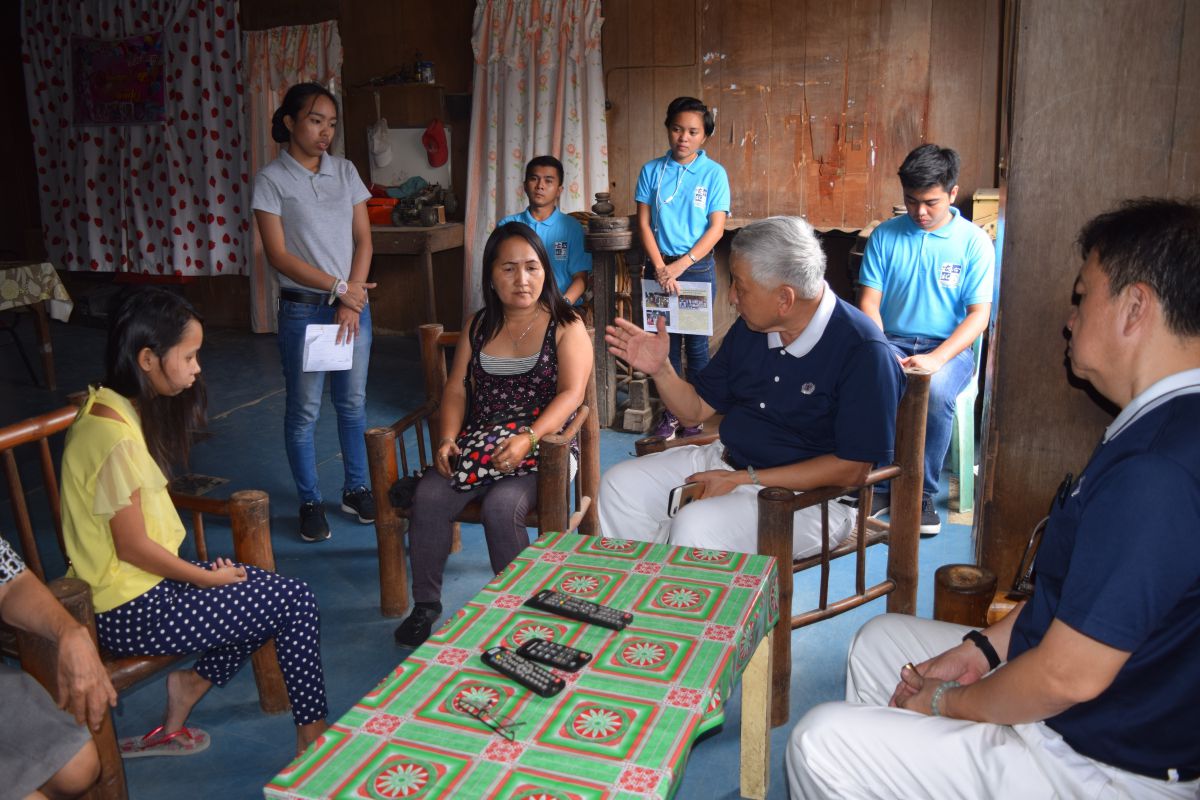 Niña took up Bachelor of Science in Psychology at University of Bohol (UB) when she was in college. On her senior year, Niña was among the counsellors in the Peer Facilitators of the Psychology Association in UB. She and her team organized a relief operation and provided stress debriefing for the victims of the 2013 earthquake in Bohol. Her experience in the voluntary service heightened her desire to serve.  Right then, Niña knew that her path is to help her fellow Boholanos. It was also during the relief operation that she came to know about Tzu Chi and its compassionate work in the heavily hit areas.

Things went well until she graduated from college and started working. On May 2018, Niña had noticed that her right vision was declining. She could hardly read written words that she had to capture the texts through her cellphone and zoom it in so that she can read its content. Worried, she visited an eye specialist and the doctor that her cataract had worsened. She was advised to undergo an eye surgery to save her right eye. However, the operation did not push through because of financial constraints.

On October 2018, Niña had sought help to Tzu Chi Foundation. Her eye condition had gone worse that she almost lose her vision. She underwent a cataract surgery on February 25, 2019 at Cardinal Santos Medical Center.

She was also fitted with artificial contact lens for her left eye. Her surgery had gained her a new source of confidence. Her vision became clear that she can now read words unaided. Her grandmother was very happy for her

“I saw Niña’s struggled with deteriorating vision. It must be hard for her part. I am filled with gratitude to Tzu Chi for bringing her vision back,” said Concepcion Mendez, Niña Agnes’ grandmother.

Niña’s visual difficulty used to bring her down. Little did she know that it would lead her to her dream job.

One month after the operation, Nina was employed as a staff/volunteer for Tzu Chi-Bohol office. She belongs to the Social Service Department assisting walk-in patients, inquiries, and going to various field activities conducted by Tzu Chi.

“I am grateful to be given this opportunity to work for Tzu Chi. This is my dream job as I wanted to make a difference to other people in need. Just like how Tzu Chi had helped me,” she says. 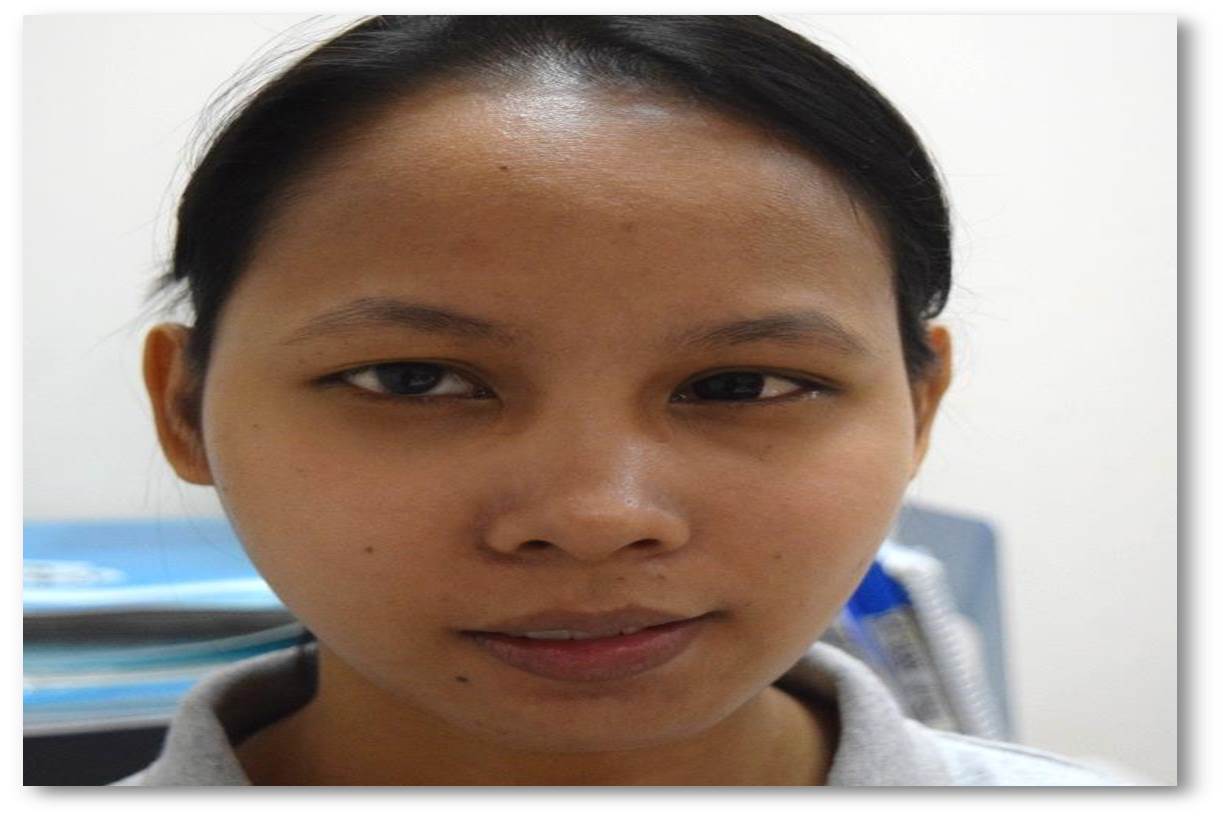 Nina’s work in Tzu Chi enabled her to appreciate the things that she had. In her daily assistance to patients, she found out that there are plenty of people who were suffering more than she did. She wanted to help them.

“I am so grateful to Tzu Chi for giving me a second chance to see the wonders of life”, Niña added.

Indeed, Niña is a living testament that people can do remarkable things despite one’s physical limitations.