A Precious Gift for a Determined Lad 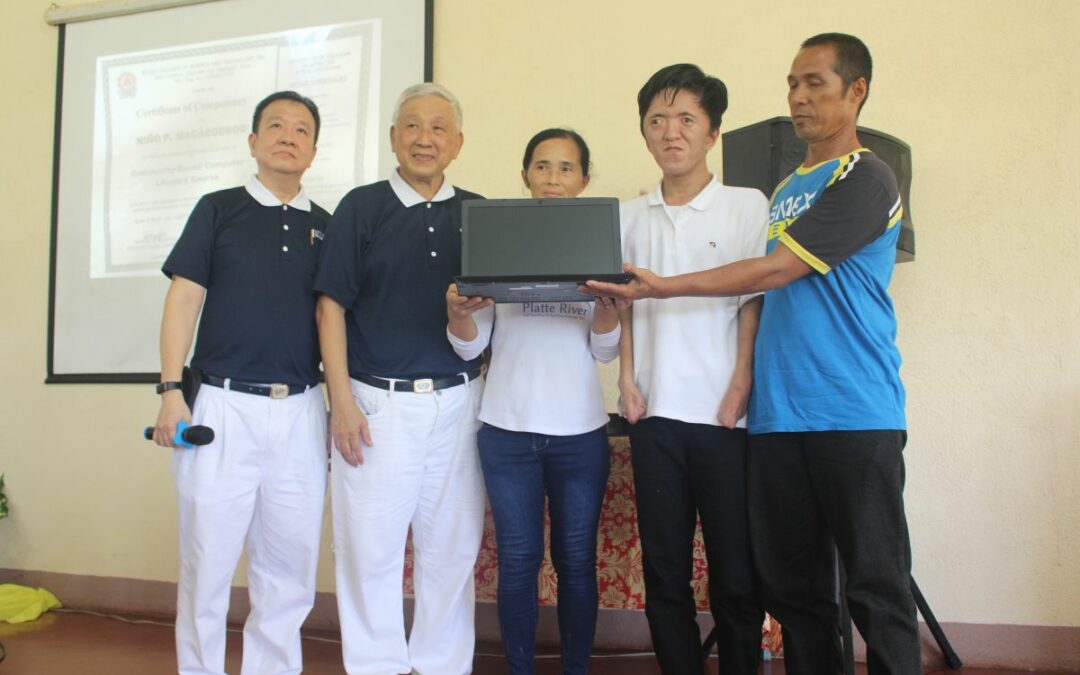 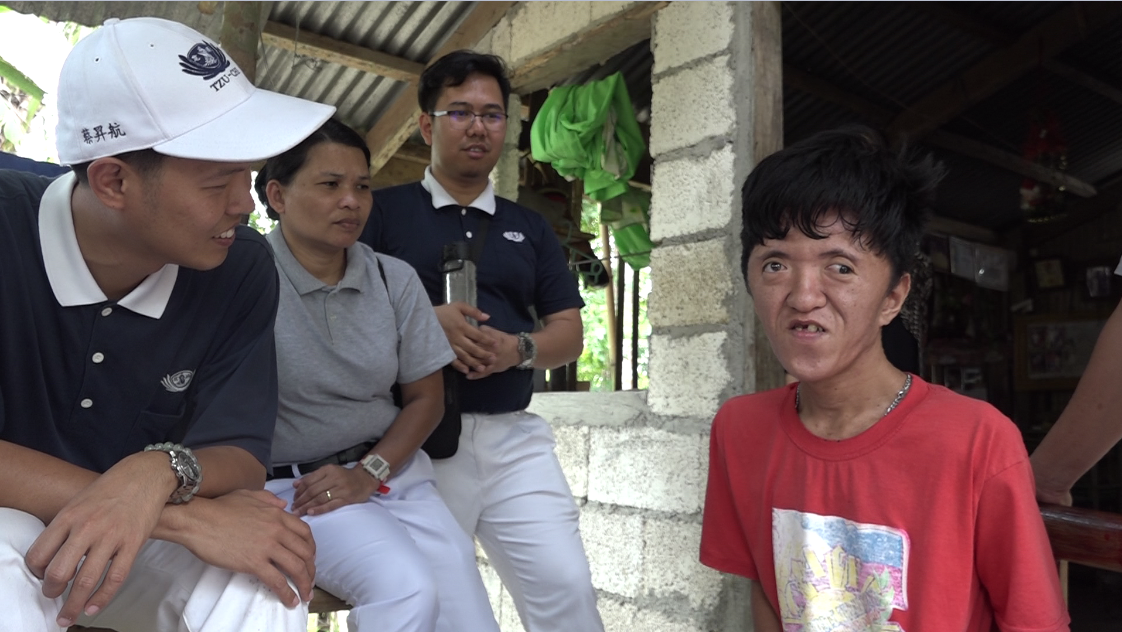 Tzu Chi has been conducting a series of Volunteers Training and Spreading Seeds of Love (SSL) Activities in the communities of Sagbayan and Loon for the past few months. Along with the training, the Volunteers had the chance to exchange pleasantries with some beneficiaries that Tzu Chi has helped over the years.

In one of the community activities, the Volunteers met a brave young man whose perseverance and determination was truly remarkable. He was Niño Macabodbod, a 23-year-old young man from San Isidro, Sagbayan, Bohol. Niño was born with a genetic condition that caused deformities on his fingers and toes.

Niño’s pleasing disposition was easy to notice because he was full of life, very polite and always had a ready smile. He welcomed the Volunteers into their humble abode. While talking to his mother, the Volunteers learned that Nino was an incoming 4th year college student who took up Computer Science. The Volunteers were amazed knowing that a computer course would require much hand dexterity. With missing fingers, it was difficult for someone like Niño to maneuver the computer, they thought.

However, Niño proved everyone wrong. Despite his condition, he was actually skilled in typing and drawing. He was an art enthusiast and has a neat handwriting. He even competed for a drawing contest when he was in high school. 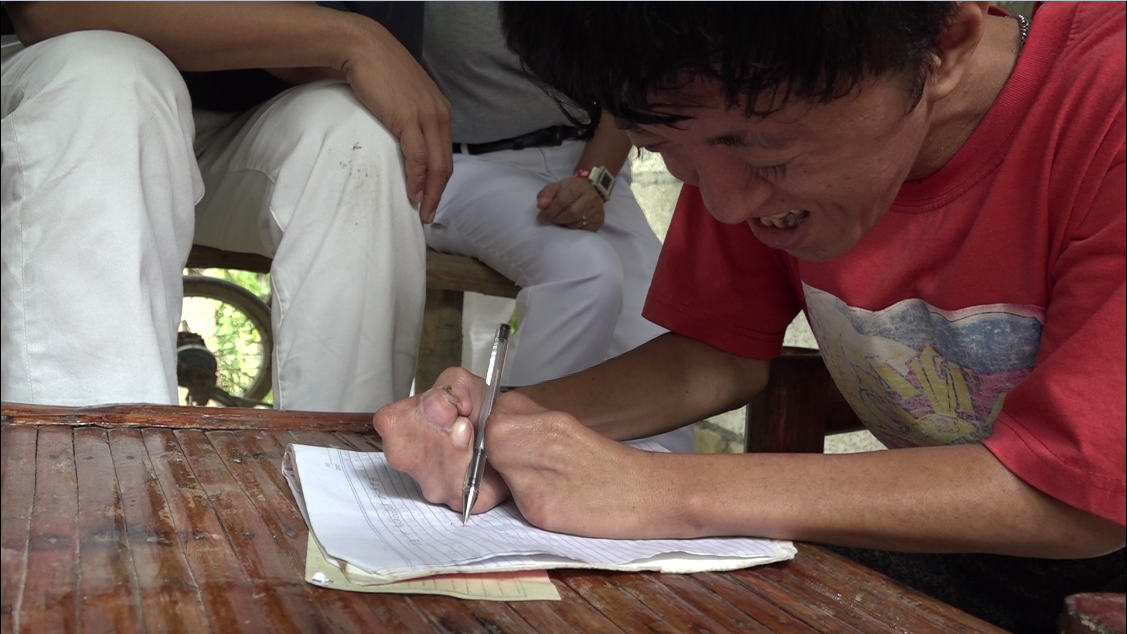 It’s amazing how he can hold a pen and create something beautiful and artistic. Right then, he showed to the visitors his skill in drawing and writing.

Prior to entering college, Nino has completed a Community-Based Computer Literacy Course from a local college. His superb computer skill prompted his parents to send him to college, after earning his short course. According to Niño, his physical limitation should not prevent him from reaching his greatest potential.

Although Niño was gifted with a determined heart, he had his share of insecurities while growing up. He was bullied for “looking different” than his peers. He just kept mum from all the mockeries and focused his attention to his studies. But even schooling was almost denied from him. There was an instance that he was declined to enroll in a certain school because of his physical condition. He almost gave up but his parents unwavering support buoyed him during those trying times.

Niño was blessed with supportive parents. However, financial difficulties thwarted them from providing all his needs in school.  His course required many computer-related projects to do. As a consequence, Niño has to borrow laptops from his classmates or rent at computer shops so he can do his assignments. There were times that he could not submit his projects on time due to monetary problem. Such incidents took a toll on his grades. 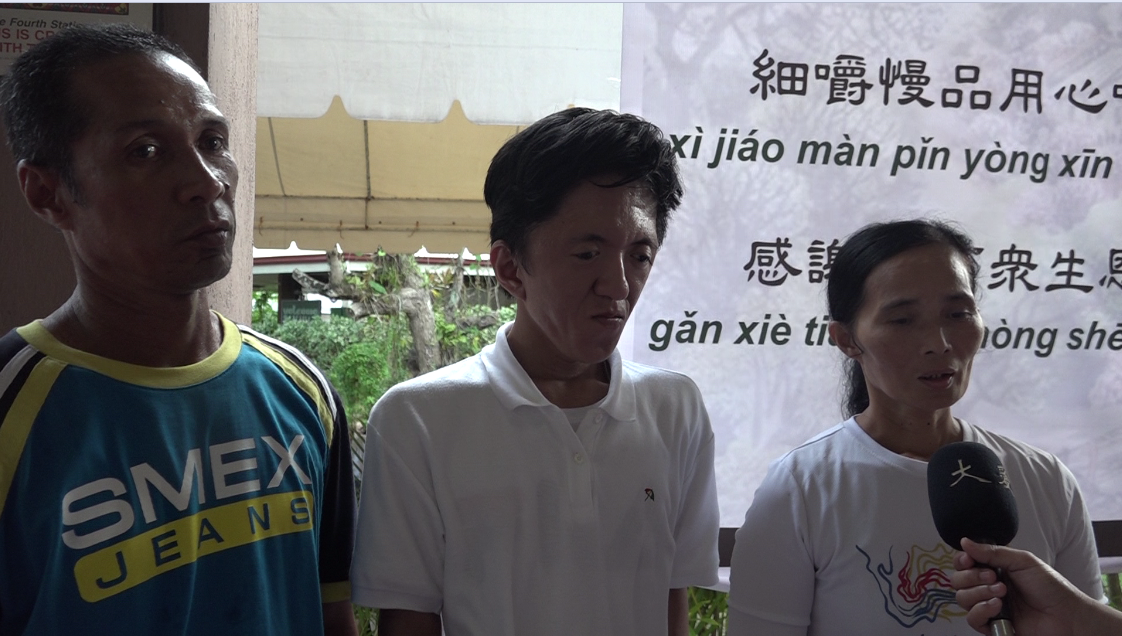 The Volunteers were moved by Nino’s desire to own a laptop to save on computer cost and make his projects on time. They helped raised funds to purchase a brand new laptop for him. Through a collective effort from Brother Joseph Co and his friends, Niño’s dream for a new laptop finally came true.

To make the surprise gift-giving more memorable, Niño was invited to join the Youth Camp on June 02, 2019 conducted in Dauis, Bohol. Like other participants, he joined the camp and took part of the activities. Little did he knew that he was in for the biggest surprise of his life!

During one of the Camps’ program, Brother Joseph ordered him to stand in front to personally accept his new laptop. The Camp participants cheered for Niño as he made his way to the front. Niño was ecstatic to receive his new laptop. He did not expect that his wish was granted too soon. Just in time before the start of the new academic year.

“The laptop that the Volunteers and Master Cheng Yen gave to me could help me a lot. It is very important for my studies, to cope with my grades. I did not expect that they will give me a brand new laptop. It has been my wish for a very long time. I can’t believe this is happening. Thank you very much,” he mused.

Helen Macabodbod, Niño’s mother, recalled the struggles that her son went through as a child. She was proud that Niño was strong enough to face the challenges. Now, that his wish for a laptop was finally granted, Helen went emotional.

“Niño was born with a rare genetic condition. I felt pity for him. He was mocked by some people because he was different from the rest of us. But I accepted him because he is my child. I’m grateful that he is interested to go to school,” says Helen.

Niño’s father also expressed his gratitude to Tzu Chi for the precious gift that would surely make a difference with Niño’s studies.

“Thank you very much (to Tzu Chi) for giving him a new laptop. He was interested to go to school so we supported him, though we are hard up financially. I just wanted him to finish with his studies, “says Antonio Macabodbod.

Niño was a testament with how a kind and determined heart could surpass any challenges that life will throw to a person.  Albeit his physical limitation, he did not restrict himself from dreaming, and waking up to fulfill his dreams.

“Persistence breaks through all difficulties and obstacles, like dripping water that can wear away a stone”