The Compassionate Samadhi Water Repentance is a well-known text in the Chinese Buddhist tradition. It was written by Tang Dynasty practitioner Master Wu-da after an encounter with the force of karmic retribution that manifested as a human-faced boil on his knee.

Master Cheng Yen taught The Compassionate Samadhi Water Repentance for five years in hopes that people would better understand the principles of repentance practice and apply Dharma-water to wash away the impurities in their hearts, thus approaching her goal of purifying people’s hearts. 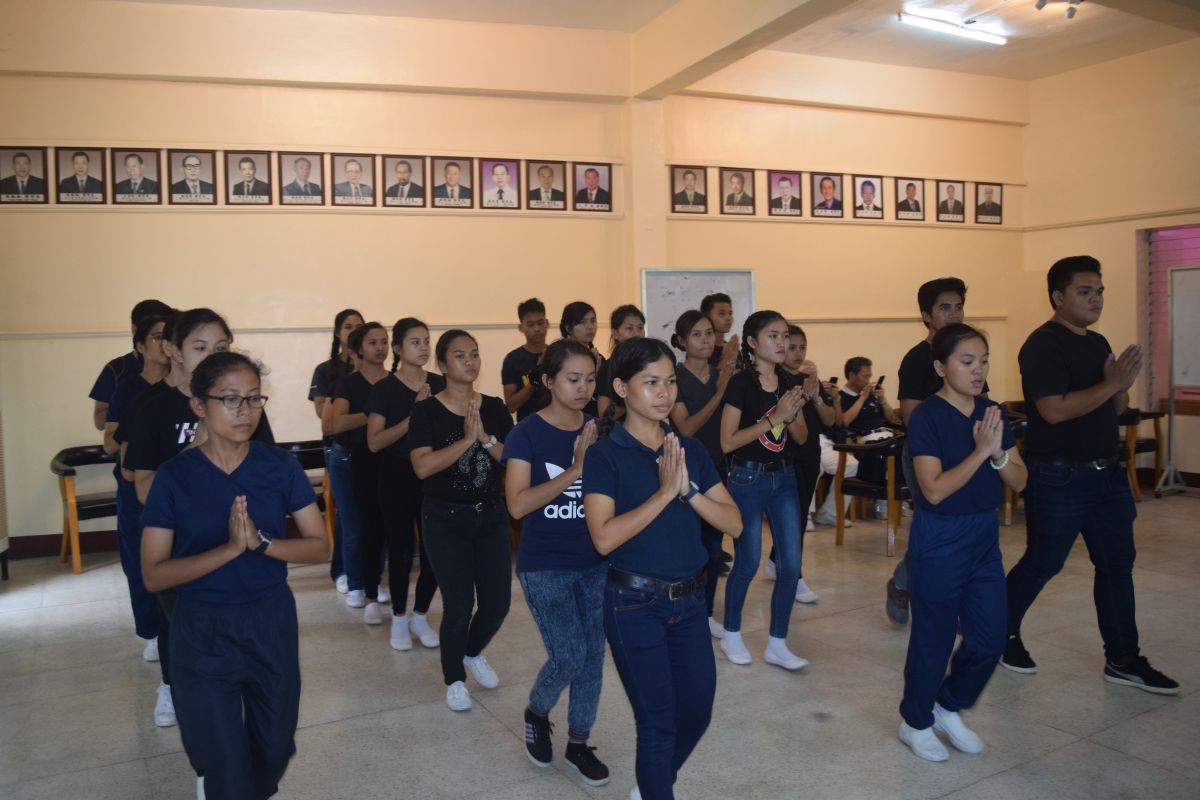 This teaching has been brought out from ages to ages. As a matter of fact, Water Repentance General Rehearsal happened on July 28, 2019 at Philippine Taoist temple, Inc, Beverly Hills, Cebu City.

Tzu Chi Volunteers and scholars from different areas from Ormoc, Cebu and Bohol flocked together for the general rehearsal. All are excited and are willing to enhance what they have known.

According to the sutra adaptation, people create negative afflictions in their lives that will come back in the future as karmic retributions. This in return creates a vicious cycle of sufferings inflicted on our present and future lives, without much agency for liberation. The text urges everyone to reflect and repent, through the help of the Dharma, in order to relieve oneself from this otherwise unending cycle.

Water Repentance, by all means, has changed the different lives of the people who were involved in this activity. Not only it became a way for them to be reminded about the repentance of their sins, but also, has helped them to find their selves and become better version of their selves.

From the land of Cabug, Clarin, Bohol lives Geraldine Oracion. According to her, she entered Water Repentance because she was invited by her batchmate. At first, for her—entering this activity will be a chance for her to go to Manila. Yet, in every session that she attended to, she has realized that there’s a beautiful meaning in what she does.

“As I go along the activity, I realized that this (water repentance) brought goodness in my life. I even told myself that I have to continue being a part of this seriously because there’s something within me that has been developed.” She confessed.

“In every session of practice, I realized a lot of things and one of these, is the importance of repenting for our wrong doings, for us not to be harmed. Another, we have to be in harmony with others.” She even added.

The teachings of Buddha also gave peace to the hearts and minds of those who are oppressed by the different life’s issues. It restored broken relationship and healed the broken hearts. 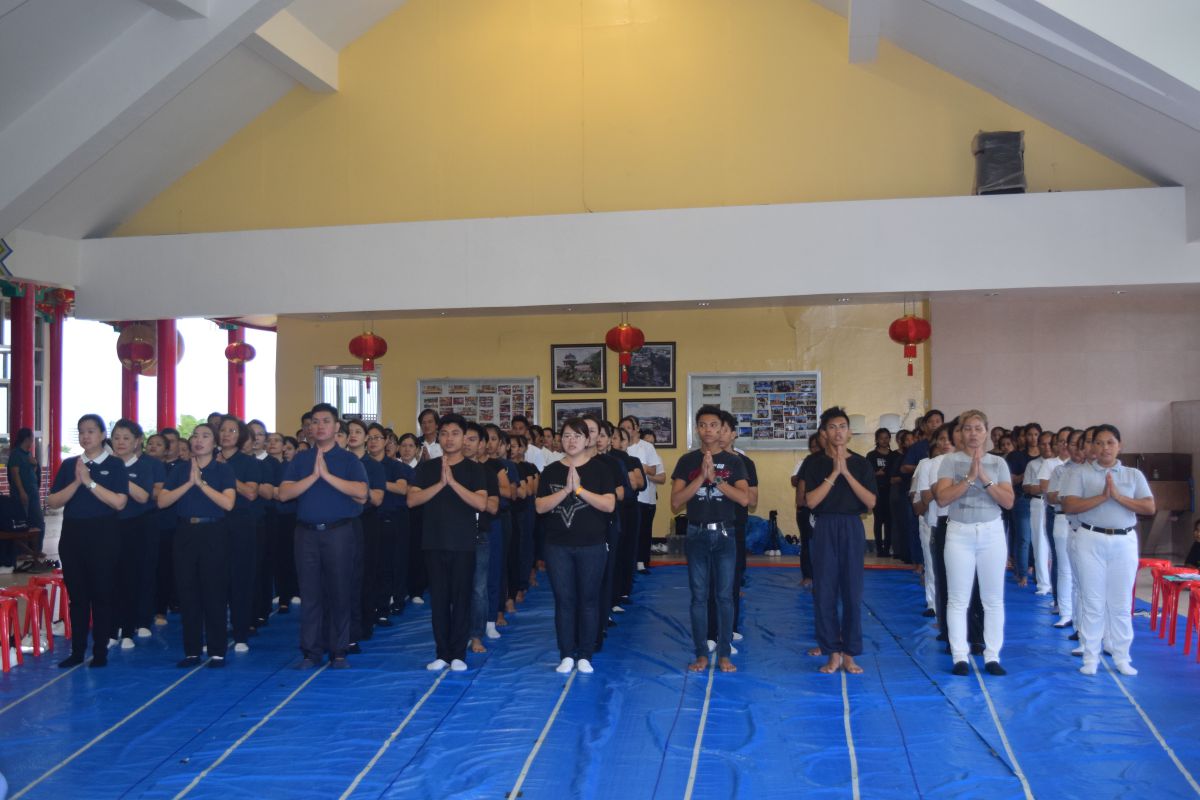 Maria Christina C. Limonosnero is a volunteer who confessed the changes that has come in her life when she became a part of this activity. Way back before, she and her mom oftentimes argue because of financial issues. But now, according to her, her heart has its own peace and she likes the changes in her life today.

“I’m thankful about Buddha’s teachings because it has brought a great change in my life and in my heart. I learned to throw away my pride and humble myself. I also learned to control what I feel even if problems have come.” She narrated.

Though the sky poured its rain, the volunteers still rehearsed for the said performance. Woman or man, young or old—all are listening carefully for the singing of the songs, the proper ways of performing the Water Repentance and the creative formation of the performers that shows discipline and order.

The teachings of Buddha surely are life-changing. Regardless of religion, age, gender and status—these teachings will always be one’s light that will guide towards the path of goodness. It’s always a great thing to know how these teachings will change one’s chaotic life into peace and brings everyone in harmony.