A Thankful heart for a Scoliosis Survivor: Trisha Mae’s story 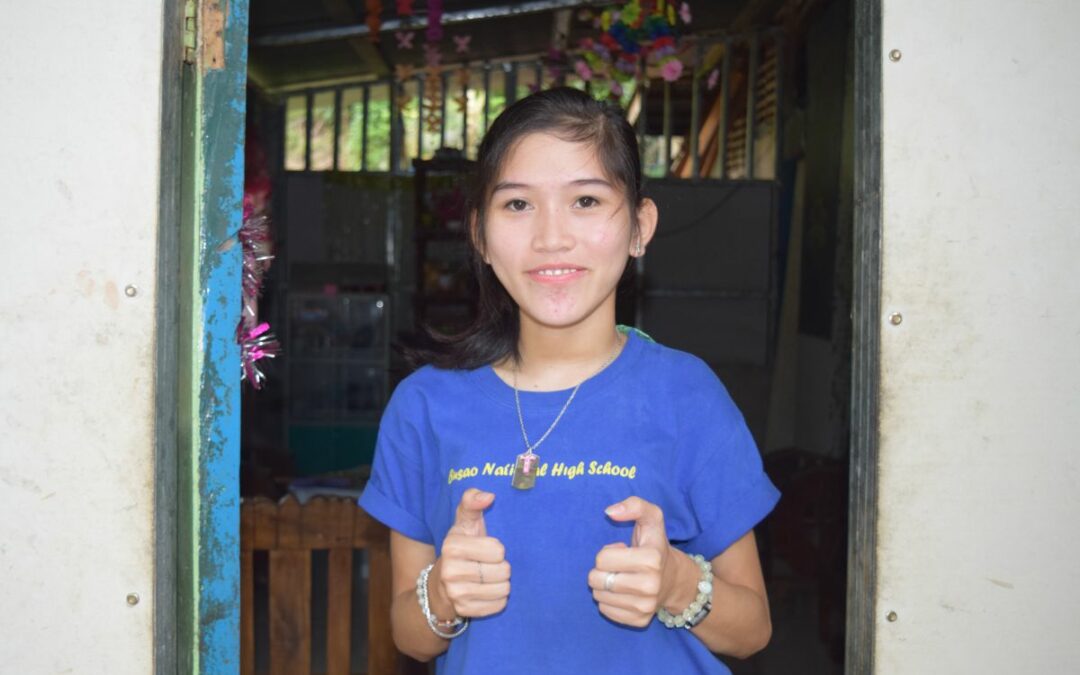 Trisha Mae Tulop is a 17-year old woman who had conquered the struggles she had faced in her life. Her father, a bamboo furniture maker, and her mother who helps her father in making the furniture, are trying to meet both ends. Everything is set to place until a life-changing disorder occurred in Trisha’s life that had tested her inner strength and faith. 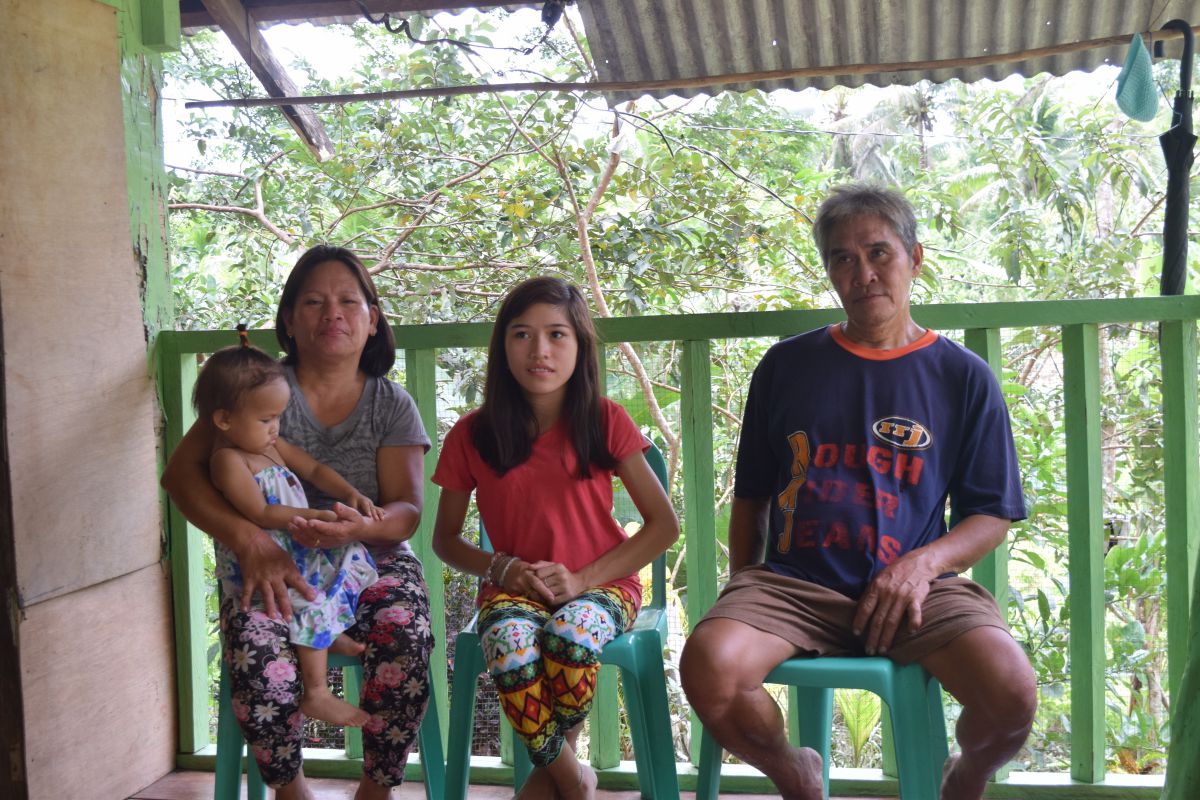 According to Trisha, the strange curve in her back happened when she fell after climbing, when she was nine years old. After having check-up, she found out that she has a scoliosis.

“It all started when I fell, but the doctor told me that this disorder has already occurred when I was born. After having my x-ray check-up at Borja hospital, I found out that I have scoliosis.” Trisha narrated.

Scoliosis is a sideway strange curve of the spine that occurs most often before puberty. It affects the balance and the physical formation of one’s body. Up until now, the cause of this disorder is still unknown.

“I was scared upon knowing about it. I even asked myself why all of the people, I was the unlucky one who caught this.” She added. 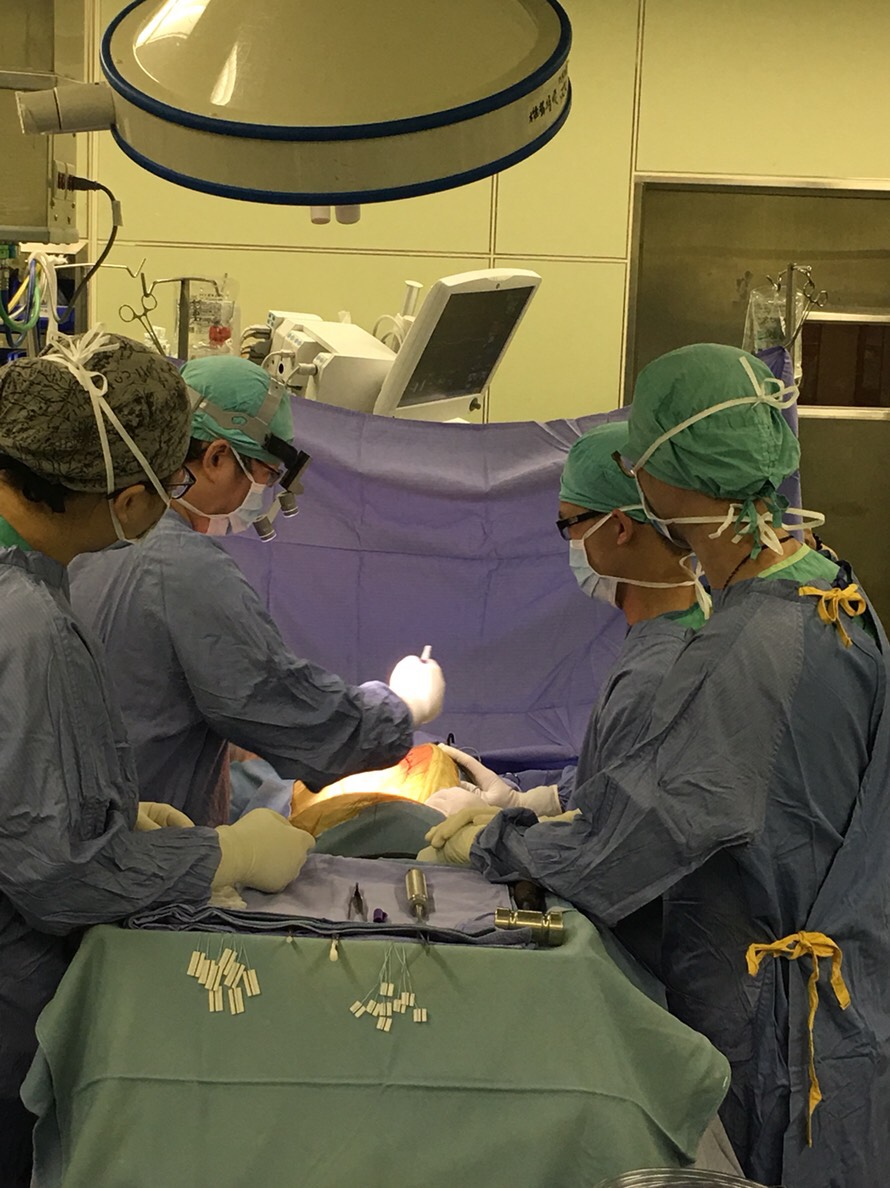 According to Gregoria, Trisha’s mother, even if Trisha had fallen from the tree, she disregarded it when she sees no changes right after. That’s why she’s surprised with what had happened while her daughter is growing.

“My daughter never suffered from colds, cough or broken bone after falling. That’s why I thought that she was fine.” She said.

But before the world had seen changes in her daughter’s back, she was fully aware of it.

“I already noticed that her spinal cord, at her back has a strange and big curve.” Trisha’s mother said.

This condition is very painful to bear, as a mother, especially when she had seen how the disorder affects her daughter’s life. Even if she wants to cure Trisha’s condition, the income she got from selling native bamboo furniture won’t suffice for her operation.

“I am very worried. I don’t want to look at her back because it’s really painful for me, as her mom.” She tearfully expressed.

“My daughter-in-law always said that Trisha should undergo operation but even if I want to, we don’t have enough money to pay for it. Doctor Mondragon, who specializes in bones, was the one who have read Trisha’s x-ray conducted at Borja Hospital. He told us that he cannot do the operation because it must be done outside the country. What we can only do is to let Trisha undergo a physical therapy to drink a glass of milk every day.” She added. 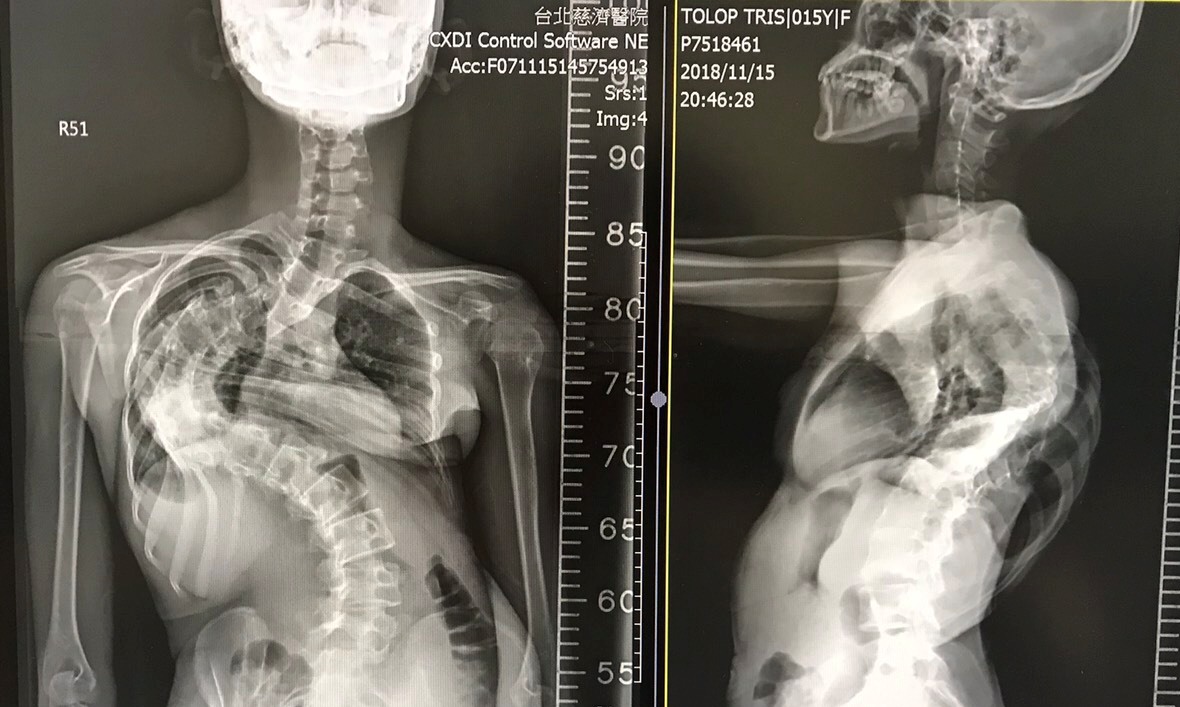 Scoliosis has affected and brought changes in Trisha’s everyday life.

“It really affected me in a big way. I was bullied because of this. I cannot wear the clothes I want to wear. I envy those people who are living a normal life, while I am not. I was hurt every time I was bullied, but I choose not to listen to them.” Trisha confessed.

“I cannot do what I used to do before, especially in some of the household chores. Since then, I am thinking that I will live my life suffering from this, when nobody wants to help.” She added.

Amidst the pain, Trisha chooses to be strong and to have hope. The heaven had answered her prayers the moment she met Tzu Chi Foundation.

Her mother, who’s with Trisha all throughout the journey, was also happy when Tzu Chi immediately did the home visitation to their house.

“They (Tzu Chi) never denied the help that we need. They told us that this case is also the same with Regine, so we waited. I was very glad when there are 14 Chinese people from Tzu Chi who checked my daughter’s condition. In that simple act, it made my heart happy.” Gregoria said happily.

The wait is over when Trisha and Gregoria went to Taiwan on November 15, 2018 and was scheduled for an operation on November 20, 2018.

“First operation is on November 20, 2018. After two weeks of operation, Trisha can walk properly. So to straighten her back, she has to undergo another operation on December 04, 2018. But her (Trisha) body cannot bear the second operation. As a matter of fact, after that, Trisha cannot walk or even move her toes. I cried in front of Auntie Conchita because of it. Her back was flattened but her chest is bulging.” Gregoria said.

“That’s why it was decided that her back will be placed like what it looks like on the first operation because her baody can only bear for it.” Gregoria added.

During the operation, Gregoria was also inspired with the people around her.

“The people at that place were very kind. I cried because I am very thankful. Even if we are different from them, they still remained loving and kind in helping us in their own ways. Besides, the Chinese even helped us to organize the things we brought with us. Even the nurses and doctors were very hands-on to Trisha. She was well-taken care of.” Her mother narrated.

Trisha had also seen Regine, who has the same condition with her. For her, seeing Regine added the hope she has in her heart.

“I was even more hopeful because I have seen a person who has the same condition with me.” She said humbly.

“After the operation, I can now move and is feeling better than before.” Trisha said happily. 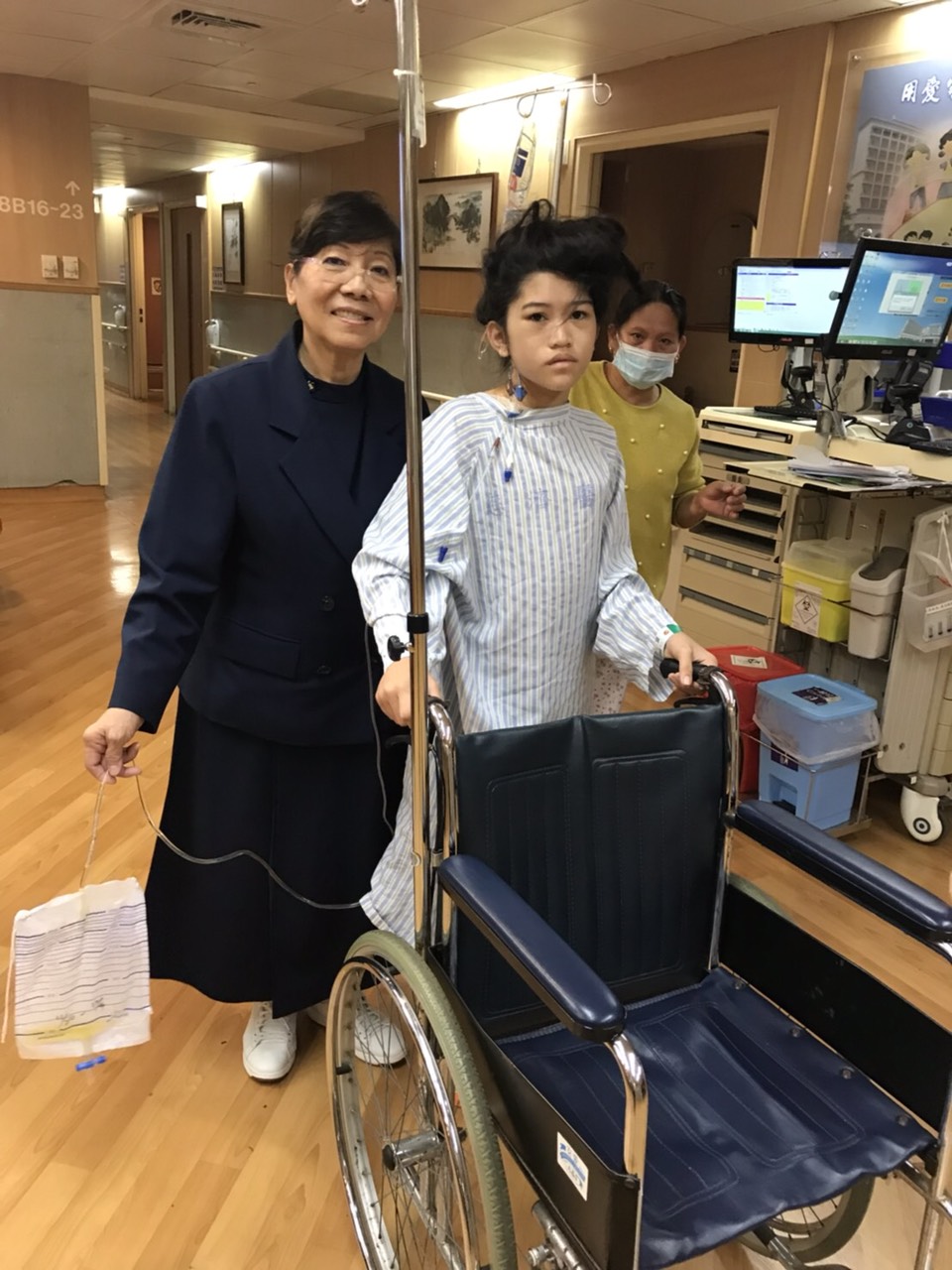 Trisha, up until now is in recovery. However, she never waste her time in lying all day in her room. Since she can move properly, she makes herself busy with making hanging decorations that will be sold in 50.00, which some of it will be placed in her coin bank believing that it can help other people as well.

“This is to help other people who also need help from us.” She said sincerely.

Trisha will always treasure the greatest lesson she ever learned from her life, and she wanted to share it to others as well.”

“Never lose hope. Before, I thought I have no chance of being cured from this (scoliosis), but I was wrong.” Trisha declared.

Gregoria will also be forever grateful to the people who helped her and her daughter.

“I am very thankful especially to Doctor Ching, Auntie Conchita, to Daphne, Sir Joseph, Sir Joven, Sir Jack.. I am so much thankful for these kind people who were with us. I will never forget how Tzu Chi Foundation helped us” Gregoria added. 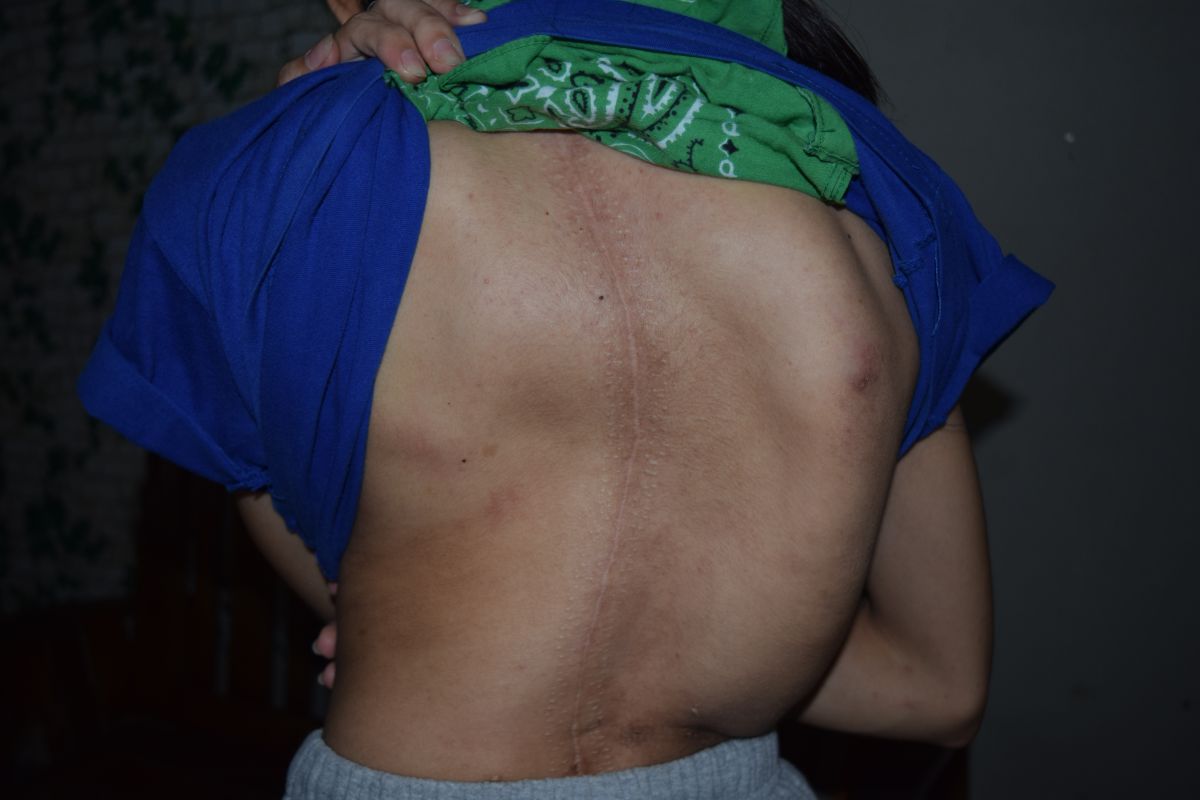 Indeed, let us not lose our hopes and faith even in the toughest times. Amidst the hardest battles we are about to conquer, may we not forget that there will always be people who will be with us, always. May we also not forget to give back the help we had gained. For Trisha Mae who had conquered scoliosis, the operation gave her a new life to begin with.