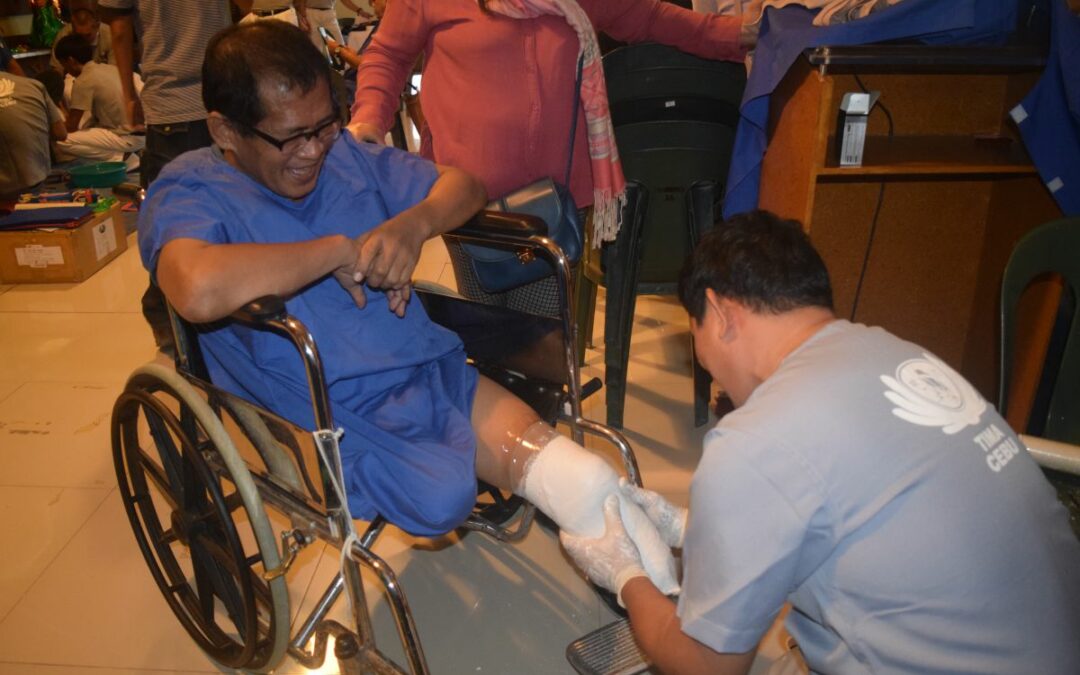 Master Cheng Yen believes that among the four sufferings of life, illness is the most painful. Thus, in order to alleviate the sufferings, a cure will be given especially to those who are in need. Committing to this belief, Tzu Chi Foundation continues to pursue its mission to bring relief and aid to those who are sick.

As a matter of fact, Tzu Chi Foundation had conducted its Prosthesis Casting to the 38 amputees of Bohol on February 20, 2020 at KODA Center, Ramiro Hospital. Headed by Bro. Nelson Reyes and Bro Anton Lim, the Tzu Chi Bohol, Cebu and Zamboanga staffs and volunteers, along with the PWD Bohol gave its time to serve the waiting amputees who were very excited for their turn in casting.

One of these patients is Gelian Golosino, a 5-year old kid, who was accompanied by her father, Gil Golosino The two are very happy for being one of the beneficiaries who were casted for prosthesis. The two met and accident which caused Gelian’s foot to be cut. 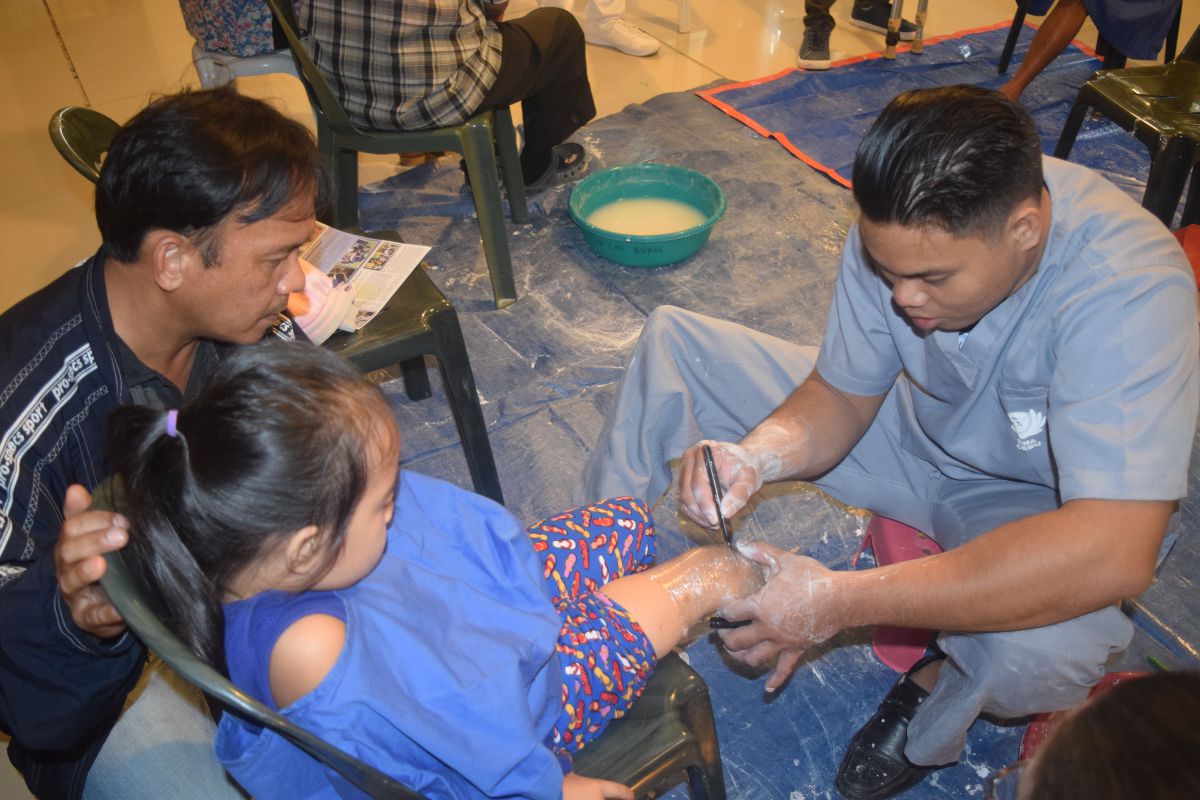 “I am Gil Golosino, and this is my daughter Gelian from Guindulman. The tricycle we rode met an accident with a motorcycle whose driver is drunk and this happened. And today, we came here to ask help from Tzu Chi Foundation with regards for my daughter to be casted with artificial legs. We were affected because she’s not comfortable with her condition each time she goes to school. Today, we are thankful because we are one of them who’ll receive this prosthesis and casting. Thank you so much.” He narrated

“I am Francisco Bernales from Poblacion, Alicia, Bohol. I was a diabetic patient and I heard this Tzu Chi Foundation through a referral. Somebody told me about Tzu Chi’s good works and I just have seen that Tzu Chi is a big foundation with lots of people who were helped by Tzu Chi.” He said.

Because of diabetes, his feet were greatly affected that it needs to be cut due to the high sugar in his blood. With that reason, he lost hope. However, a ray of sunshine had taken its glimpse to his life upon hearing Tzu Chi Foundation.

“There came such time wherein I wanted to die because I lost hope, but I was revived when somebody had recommended this foundation. Now, I’m going to take care of myself so I won’t be sick anymore, especially as a diabetic person like me, there are lots of things that should be carefully avoided and prevented. And through Tzu Chi, I was inspired to help others with anything that I can.” He added

Among the amputees, there is Saturnino Lajera who came all the way from Cabilao Island. He is also very thankful to Tzu Chi Foundation for another chance given to him. 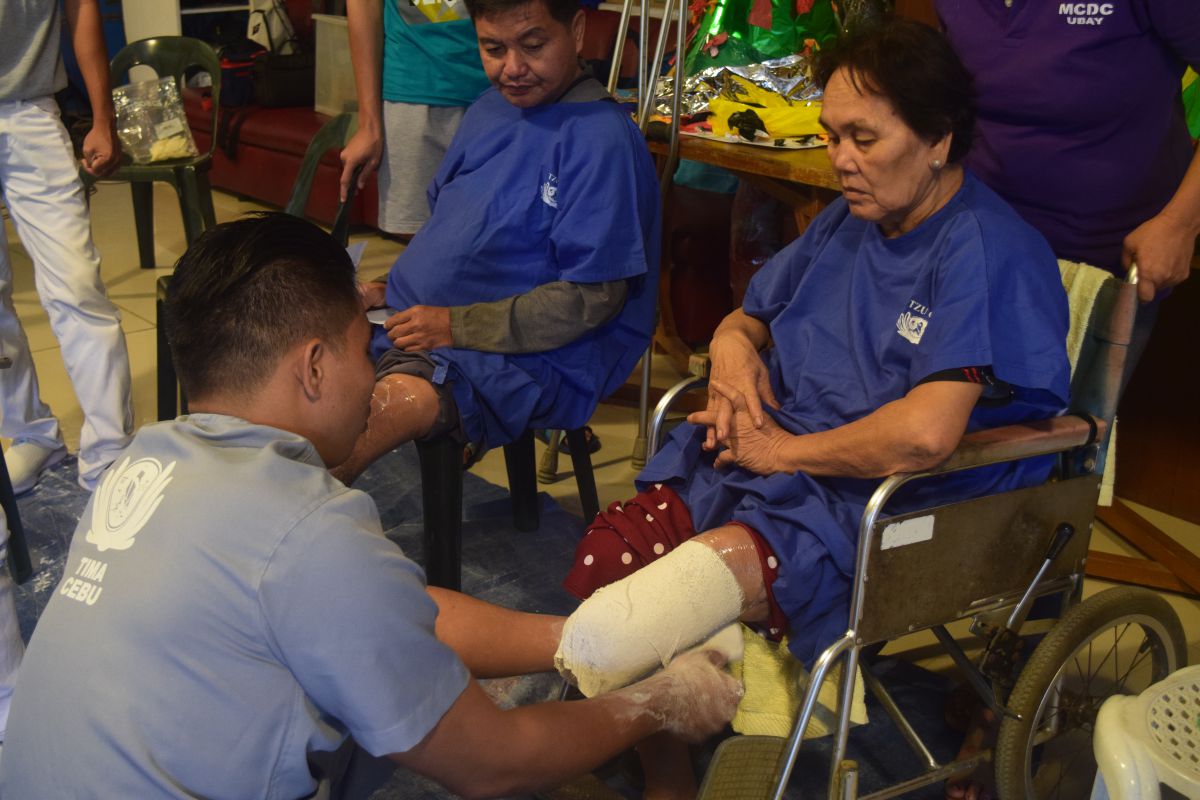 “I am Saturnino Lajera from Cabilao Island. My foot was cut when I was shot by a gun on the year 1994. I have heard about Tzu Chi Foundation last 2007 during the first operation in Cebu. They went to Cabilao Island and I approach them to ask help, and I was given aid at that time through an artificial foot. And now that it was already destroyed due to its oldness, I came to ask help during their dental mission. I approached Sir Mario who was a volunteer at that time. Today, I am part of the casting and I am very thankful to Tzu Chi Foundation for the aid they have given.” He said gratefully.

Behind this success are these people who dedicatedly gave their selves and time to serve the needy. One of these is Florante Ho, who is a Tzu Chi volunteer. According to him,

“First I started here in Tzu Chi year 2004 in a hospital at Zamboanga City, and then I began to help the amputees. I can see that this can really help the people who are suffering from this condition of being an amputee and sometimes, they become desperate since they cannot do anything at all. But because of this prosthetics, we have helped a lot of people. I’ve done a lot of fittings and prosthetics for these amputees, and every time after the fitting, we can see the smile on their faces. These smiles will bring hope in their lives and I know that by doing this very simple act with our not expensive prosthetics, this can really walk again.” He said. 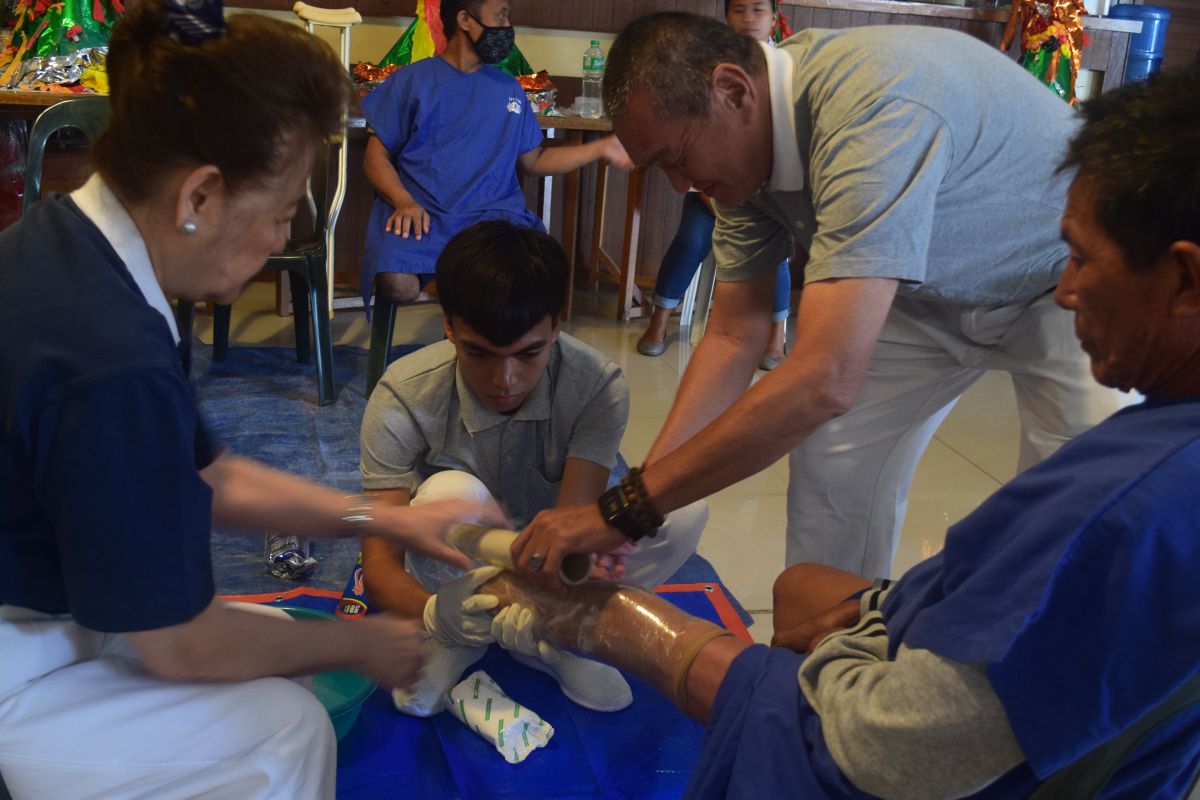 Prosthesis Casting brought joy and hope to the Boholano amputees. Through this activity, one had learned that as long as there is life, there is always a chance to start again.