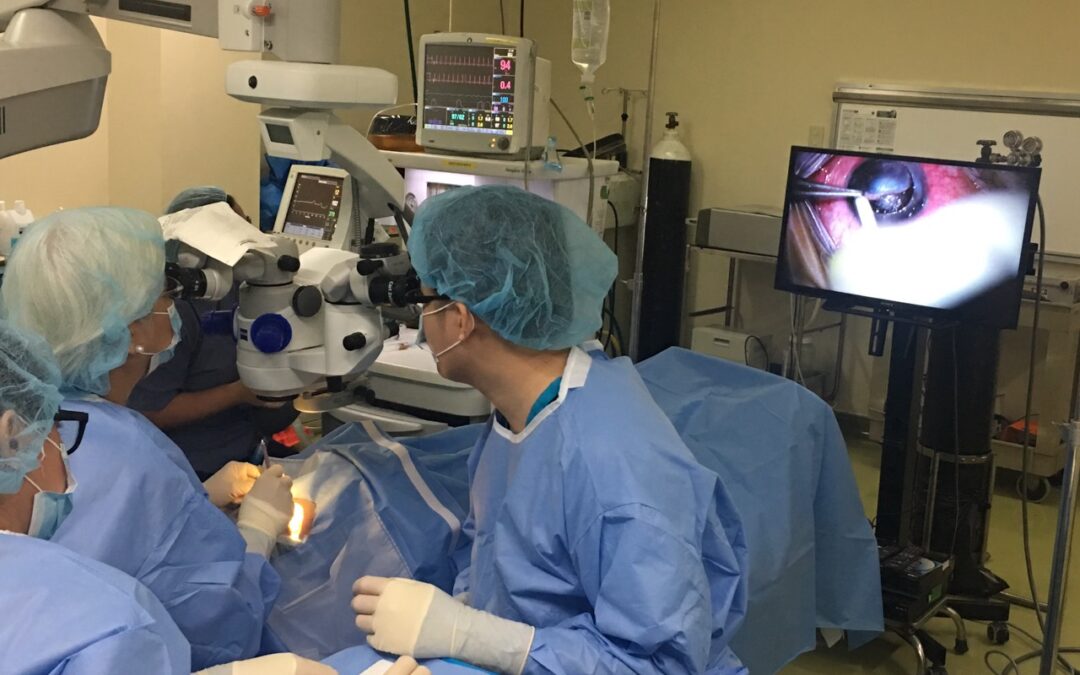 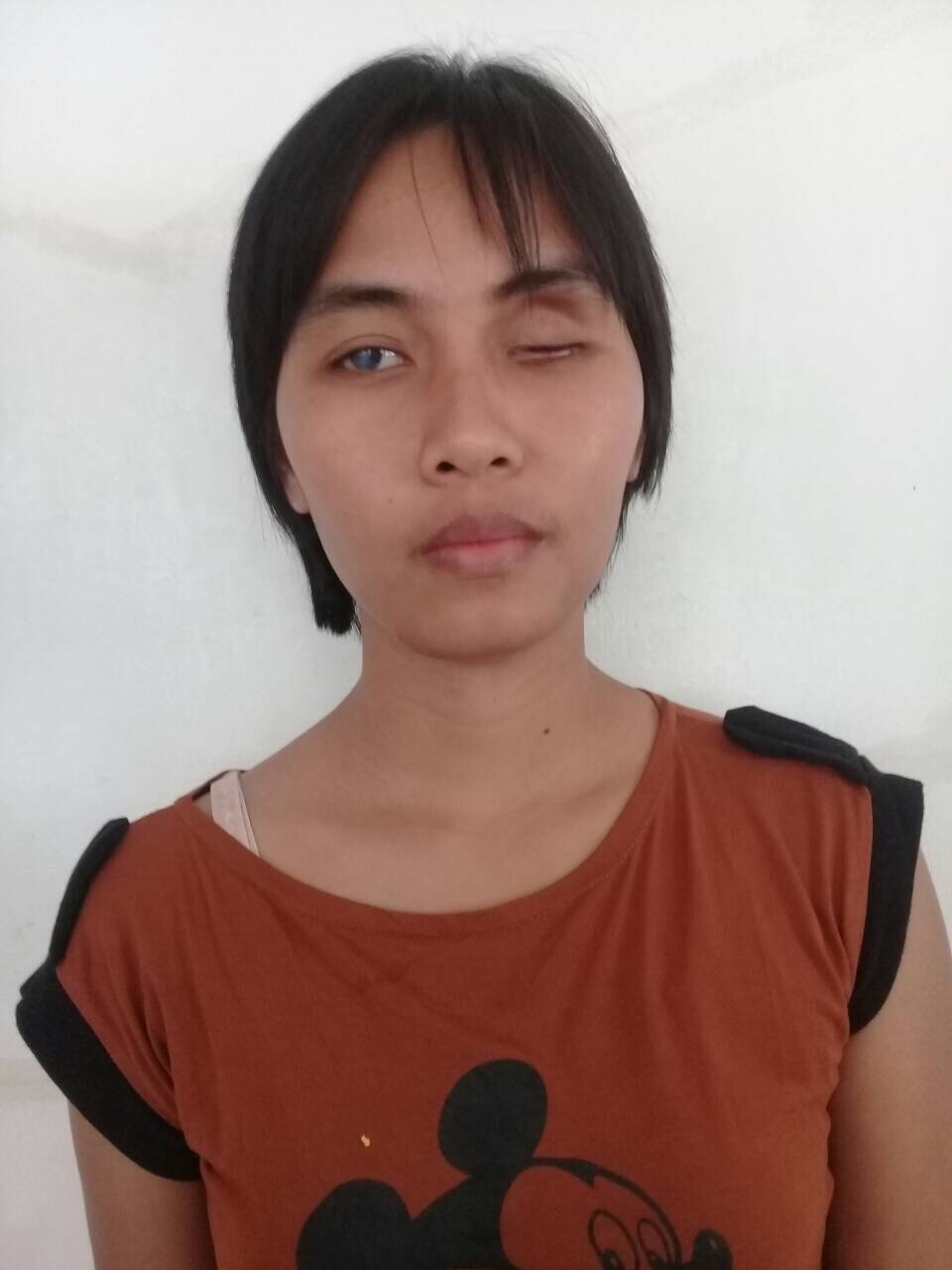 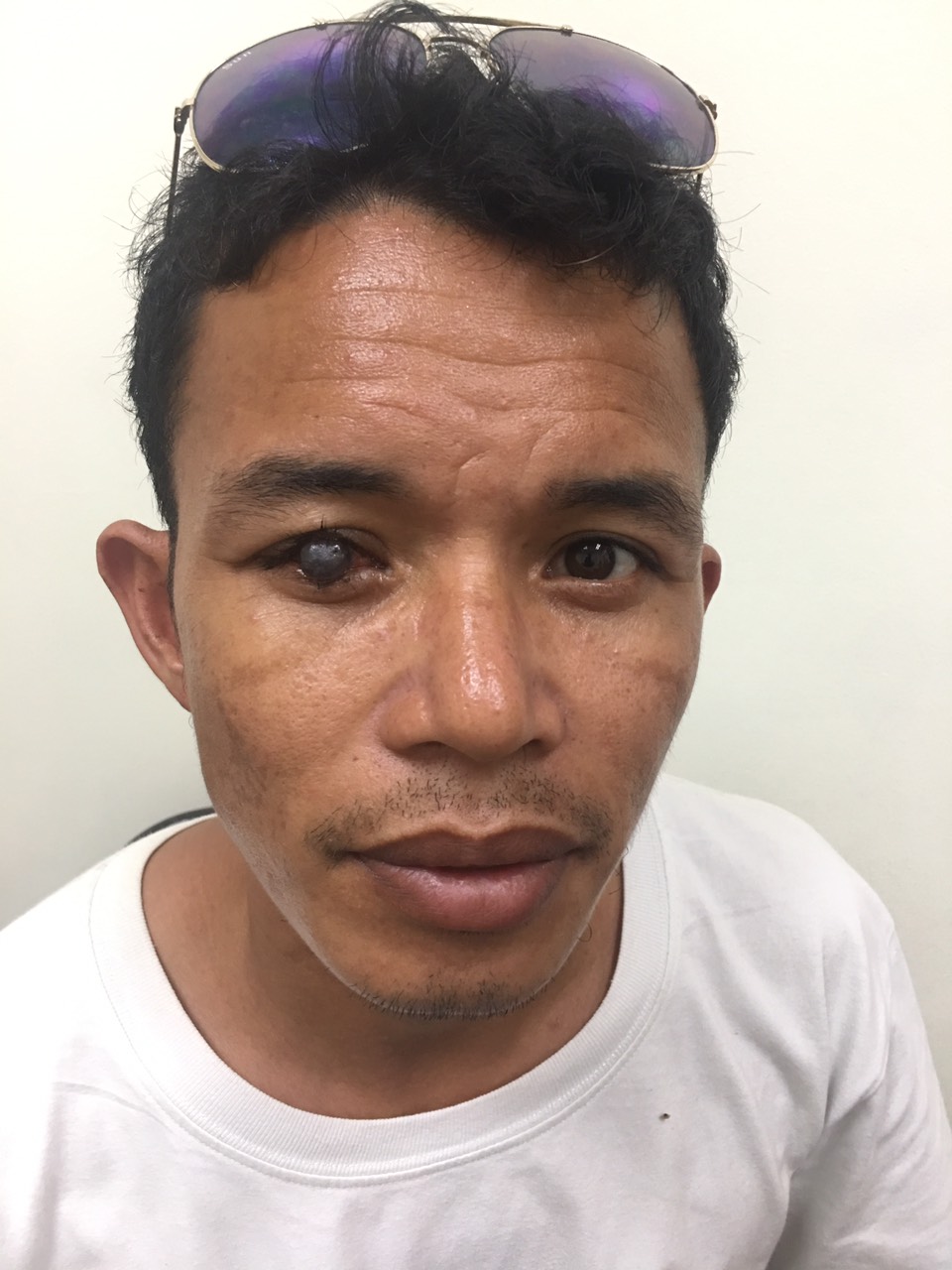 It is said that eyes are the windows of one’s soul. But what if, one day, one’s window had been closed in a snap of a hand?

Let’s find out how the ray of hope shone brightly in the closed windows of these two inspiring people who were given helped by Tzu Chi Foundation—Mary Ann Lirazan and Prudencio I. Degamo.

Prudencio I. Degamo, is a farmer living at Purok 6, Panghagban, Buenavista, Bohol—80 kilometers from Tagbilaran. He was described as a loving husband to his wife, Ronavil, and a great father to their four children. Living in a usual “Nipa hut”, he is a hardworking man having a goal to provide the needs of his family.

Everything is fine until on March 1, 2019, an insect hit his eye while riding a motorcycle. He suffered from pain and redness of his eye which caused the loss of his eyesight three days after the said incident. He was then diagnosed with Ruptured Descemetocele with prolapsed vitreous contents, right eye.

This incident brought a huge impact in their lives as Prudencio can no longer support the needs of his family. It seems like everything is in a blur. They have no source of income ever since this happened. According to Ronavil, his wife, whenever their children asked for an amount of money for their project, she would go and borrow a handful amount just to supply the needs of her children. They even sold their piglets in a minimum price just to survive a day. This condition is very painful for Prudencio, since he is the one supporting the needs for his family. 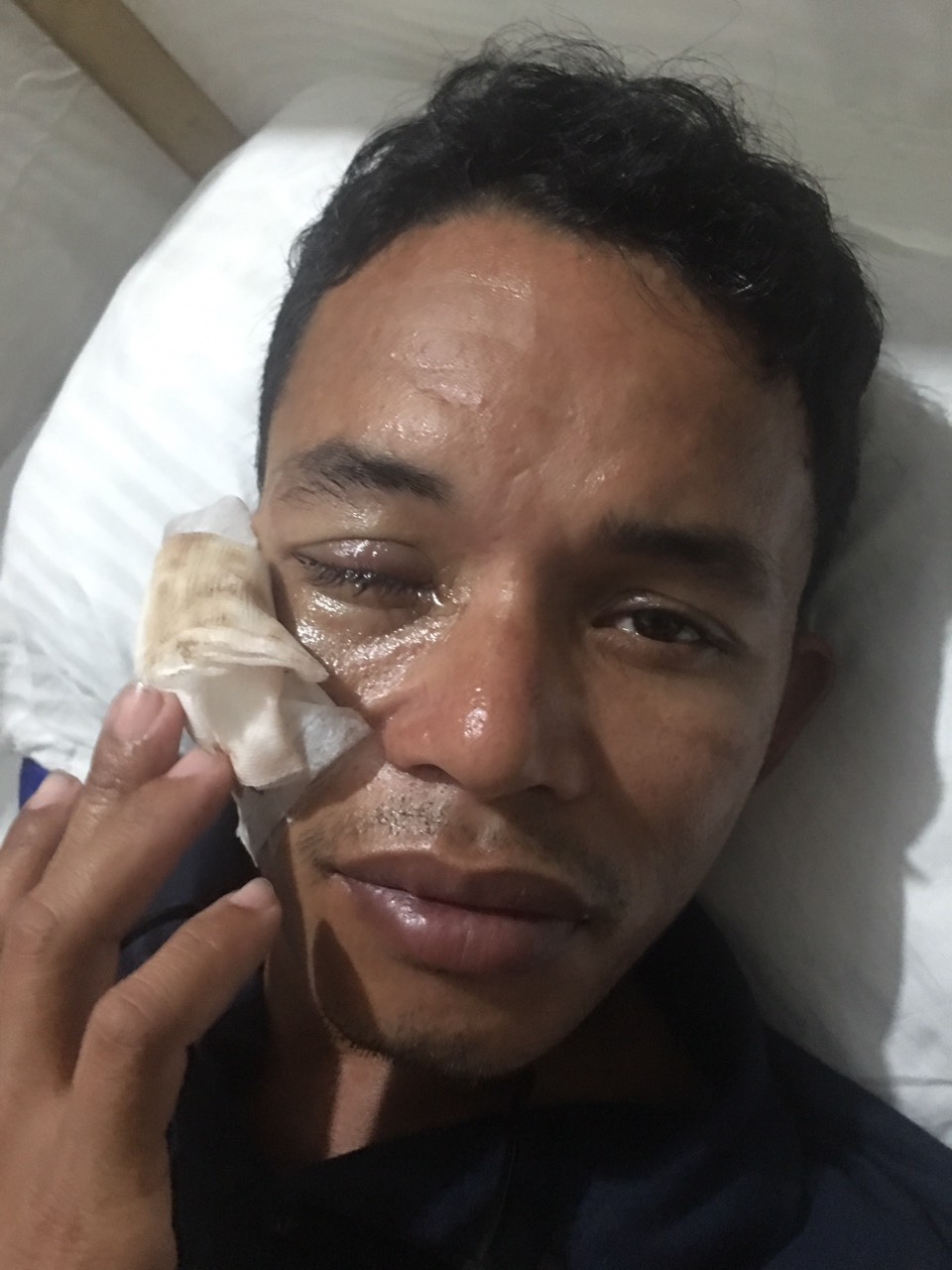 A rainbow of hope has shone in the middle of this storm when an eye screening was held at Corella, Bohol on April 3, 2019. This is the day wherein they met Tzu Chi Foundation, of where they are referred to. In the eye screening, it was found out that there’s a big chance for Prudencio to get totally blind if there will be no actions to be taken. Because of this case, the doctor advised an immediate Corneal Transplant operation for his eyesight to be saved.

Tzu Chi Foundation never failed Prudencio because they have shouldered all the expenses for the Corneal Transplant operation being done right after, as advised immediately. He underwent Corneal Transplant Surgery at Cardinal Santos Medical Center on April 11, 2019 under the TIMA ophthalmologist, Dr. Bernardita Navarro.

Today, after the Corneal Transplant, Prudencio is having his follow-up check-ups while waiting for his full recovery. As a matter of fact, he actually joined the Final Screening on July 12, 2019 at Bohol Wisdom School. Happiness is seen in Prudencio’s face as he is expressing his gratefulness to Tzu Chi Foundation, which helped him to gain back his eyesight. He said that he is planning to enter business while farming as soon as he is fully recovered.

“I am grateful to Tzu Chi Foundation for sending help right away. Because of them, I undergone Corneal Transplant which will help me to see once again.” He emotionally said. His wife, as well, is also very happy for the help being granted by Tzu Chi Foundation.

Mary Ann Lirazan was a widow and a mother of the four young children and is living at Ubujan, Tubigon, Bohol. This 30-year ld mother was a living warrior, herself, for she has survived the storms she went through.

Despite having less in life, she and her family lived peacefully, trying to make both ends meet. Until a great nightmare happened unexpectedly when Mary Ann and her family met an accident last December 8, 2017. A sports utility vehicle (SUV) accidentally bumped their side while they were onboard on the tricycle that her husband is driving on the way to her son’s Christmas Party. It was tragic accident for them because Junrie, her husband, died on the spot.

The family was rushed in the hospital. Mary Ann’s left eye plucked out due to the impact of the accident. Because of this, she feared that she might also lost her remaining vision in her right eye.

Because of tragedy, the family’s life became as dark as the eye which lost its vision in just a snap of the moment. She is bothered and hurt by the fact that it is hard for her to feed her young children now that she has an impaired eyesight .Even after the accident, she can’t believe how she lost her husband and her eye’s vision, all at the same time.

But then, Mary Ann decided to be strong for her children. Together with her four children, she sought help from her aunt who is a nun, working at Holy Family Nazareth School. However, much as her aunt would help her, she is limited with her financial constraint considering her work as a missionary.

But an empty cup has been filled with hope by the moment a volunteer of Tzu Chi Foundation has referred her to the said Foundation. It is a big help for her, since Tzu Chi Foundation extended a helping hand when it comes to the expenses in Corneal Transplant Operation.

The operation happened on November 18, 2018 under the TIMA ophthalmologist, Dr. Bernardita Navarro.

After the Corneal Transplant Operation, Mary Ann joined the Final Screening on June 12, 2018 at Bohol Wisdom School. Compared before, her face screams happiness with a hopeful heart. She is like a rose blooming after surviving the tough challenge came into her life. She is indeed, very happy for having her eyesight back.