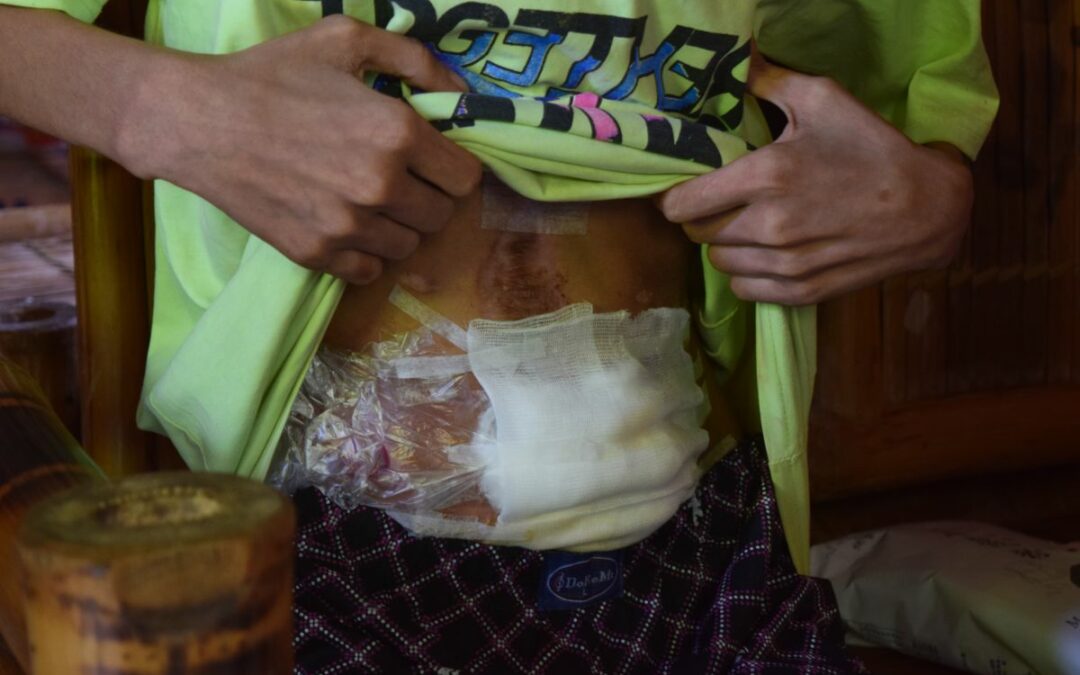 At the southwestern part of Bohol, there resides a young man, Fernando “Dodong” C. Renopal Jr., 18, born with Hirschsprung disease (HSCR). The disease is characterized by nerve cells missing at the end of a child’s bowel with no known causes of its development. Dodong is the 6th child of 9 siblings. He lives at Purok 4 of Brgy. Bayacabak, Maribojoc. Unfortunately, he is unable to complete Junior High School as he was bedridden for many years. 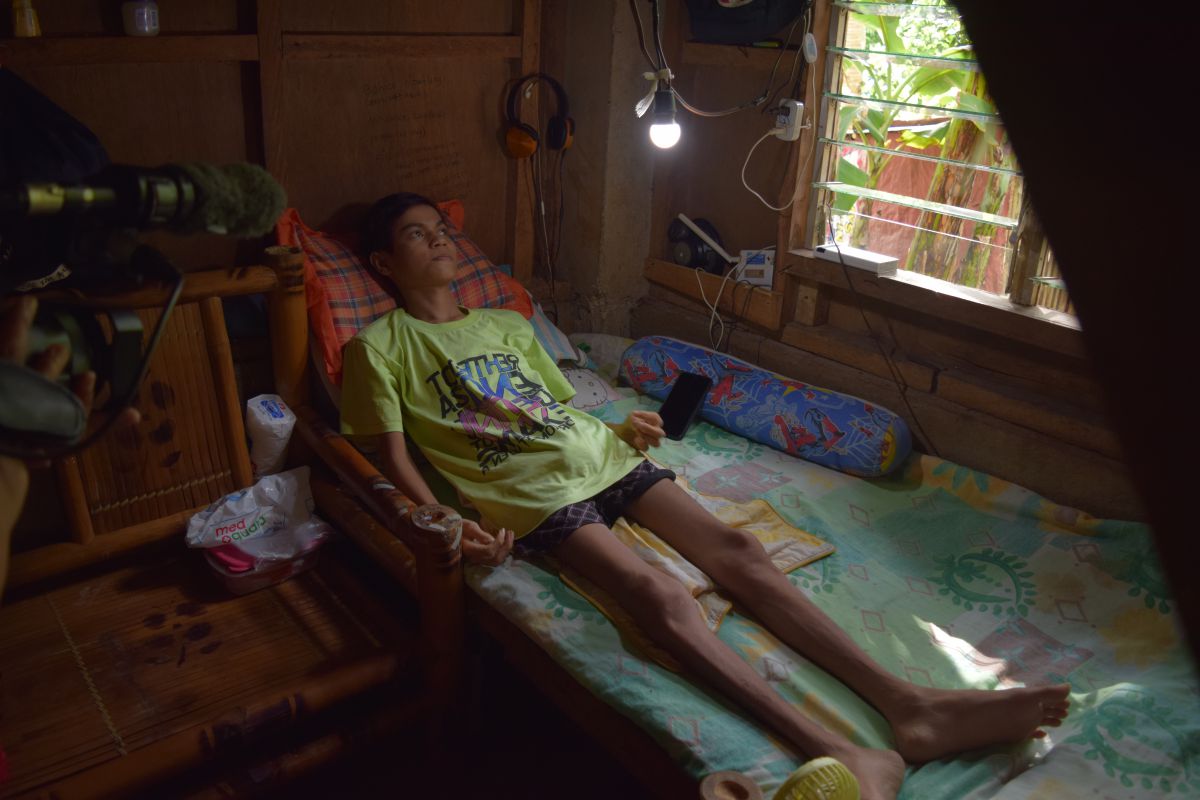 In the month of November 2013, Fernando “Dodong” Renopal Jr. was brought to the Gov. Celestino Gallares Memorial Hospital (GCGMH) at the City of Tagbilaran for an emergency check-up as he had difficulties excreting stools as well as evincing severe swelling at his abdomen. Normally, the bowel contains many nerve cells all along its length that control how the bowel works. “During the diagnosis of his medical condition, we were told that Dodong has missing nerve cells, making his bowel movement not to work well,” said Fernando Renopal, 52, carpenter, the father of Dodong Renopal Jr.

The damage has caused blockages in Dodong’s bowel because the stool does not move through the bowel normally. Subsequently, Dodong underwent colostomy, which is an operation that creates an opening for the colon through the abdomen, conducted by Dr. Barnard Lumapas.

However, after the operation, Dodong felt so hopeless because he couldn’t eat well and everything had to be blended. Because of that reason, Fernando and Dodong Jr. decided to undergo major operation and firm about attaining the possibilities to return to his normal condition.

“It is so distressing seeing my son, Dodong, struggling so much at such a young age. I pray that God may bestow strength upon him and grant him a longer life,” said Cerina Renopal, 52, housewife, mother of Dodong Renopal Jr. 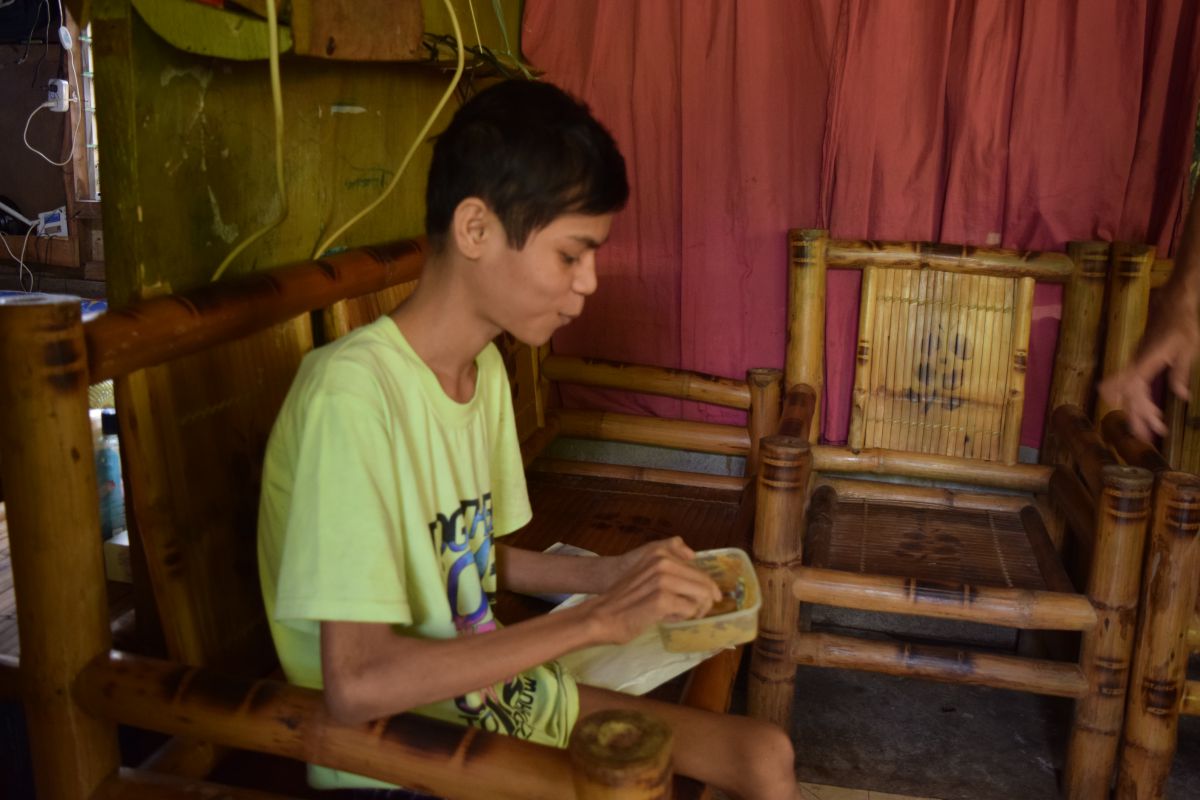 With the help of the Tzu Chi Foundation-Bohol, Dodong successfully underwent Pull-through Surgery by Dr. Barnard Lumapas on the 8th of September 2020 at the Don Emilio Del Valle Memorial Hospital in the town of Ubay. Pull-through surgery is done by removing the diseased section of the patient’s intestine and then pulling the healthy portion of that organ down to the anus.

After the operation, Dr. Lumapas continues to show love and compassion to Dodong by doing home visitation (4 times) to check his condition, together with the fruits, vegetables, and food supplies handed for Dodong. Dr. Lumapas was also inspired by him and have seen how Dodong fight his condition and very hopeful that one day he would be healed.

Dr. Delpha Robillos, a pediatrician, and also a TIMA volunteer, also did home visitation to Dodong with her husband and offered sincere prayer to him for fast recovery. Brother Joven also visited and witnessed the condition of Dodong and think for more plans how to help the family.

Mrs. Ma. Lea Ortiz, the TCF-Bohol Nurse, would regularly visit Dodong and bring him fruits, vegetables, as well as four 500g of Jing Si Multigrain Instant Mix in a month.

“I am the one who is taking care of patient Renopal. I felt pity and very sad after seeing him. Despite of it, I was never been discouraged and continue to inspire him, encourage him and the whole family to keep on praying that after the situation I know that he will recover and God will make miracles for him because I know that God has a plan for his life,” Nurse Lea said as she was inspired by Dodong’s life and said he wants to be a pastor someday.

The Barangay Officials as well as the Barangay Health Workers (BHW) also showed their love to Dodong by providing him milk, groceries, and medical expenses. They were also received love and compassion from the “Bicycle Association” of Maribojoc and received milk and food supplies.

Tzu Chi youths also spared their time and dedication to visit him by providing nutritious food supplies. They even cooked and served food for Dodong and told some inspirational message. 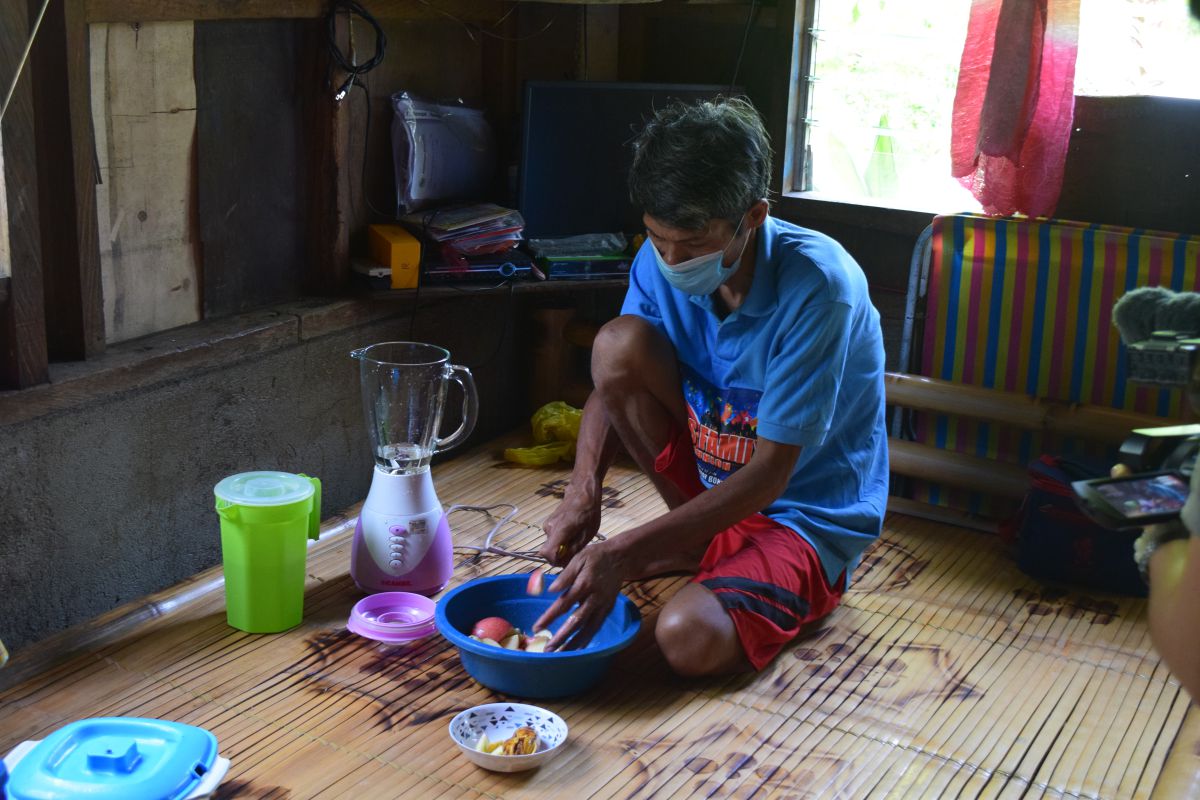 Tzu Chi staff and volunteers also showed compassion by preparing fruits and vegetables that were given for Dodong before the home visitation.

“Notwithstanding the struggle that our family are facing, we are still greatly filled with gratitude as we have people like you, even though how many months have passed, the Tzu Chi Foundation and staff would repeatedly visit us and constantly support us; particularly, by providing foods, vitamins, and medical expenses,” said Fernando Renopal

“If you may face the same struggles as us in life, please don’t hesitate to receive help from the Tzu Chi Foundation. As long as we are alive, we will continuously face tussles. So, don’t lose hope as God will always provide,” He continued.

“Initially, I really thought I couldn’t make it as I couldn’t walk, eat, or drink on my own. I would always depend on my parents to take care of me. However, now that I am bound to the final step of surgical intervention known as the Wound Closure, I feel so grateful that I can stand, stir milk and play with my cellphone,” said Dodong.

“I thank God for the second life that He accorded to me. In time, I would like to finish studies and pay back to my parents who never take themselves off from me as well as to the Tzu Chi Foundation, who conferred a free medical operation for my treatments,” He continued.

Dodong is very thankful to all the people who helped him along the way. From the time he suffered this kind of disease, ‘til now that he’s going to be healed, he was not forgotten by the people around him, in fact, more and more generous individual who showed love and compassion for him. 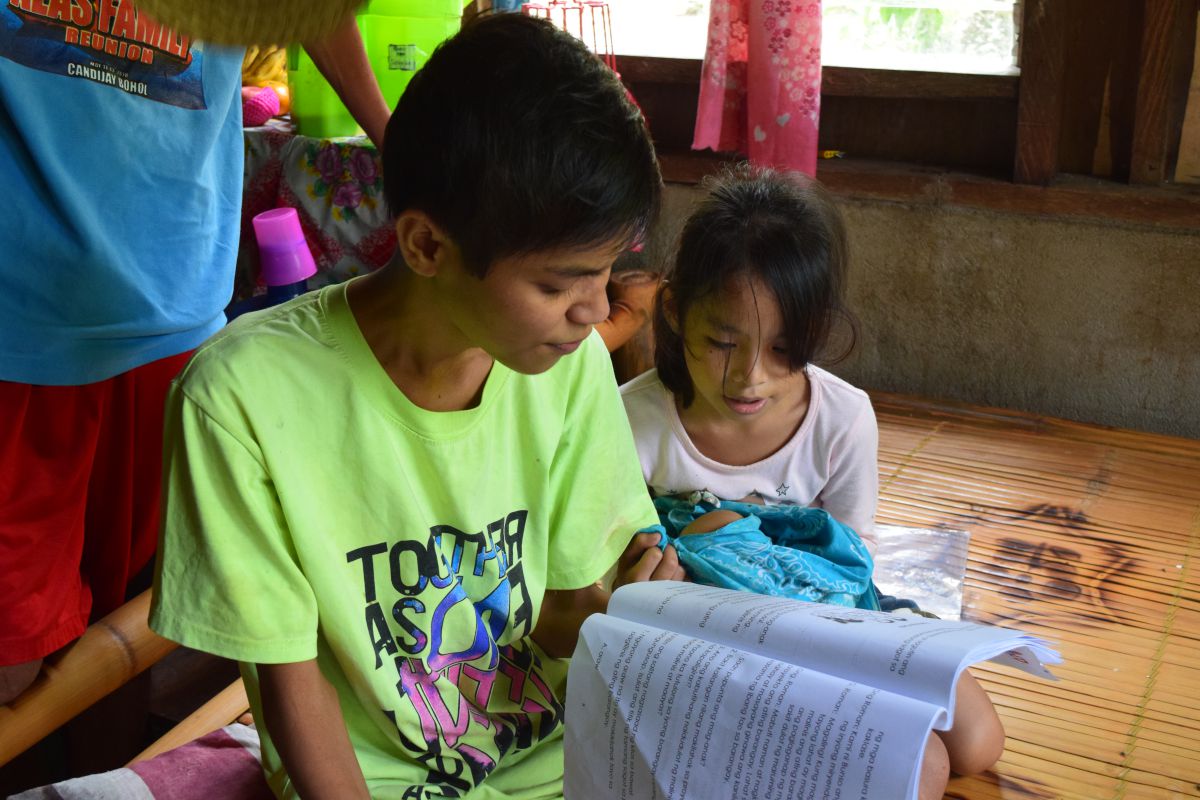 Forsooth, in the midst of inexplicable despair, people may think of hopelessness. Nevertheless, the world is not devoid of generous and compassionate people. Thus, people should never lose faith that everything, as long as we live, will be resolved.