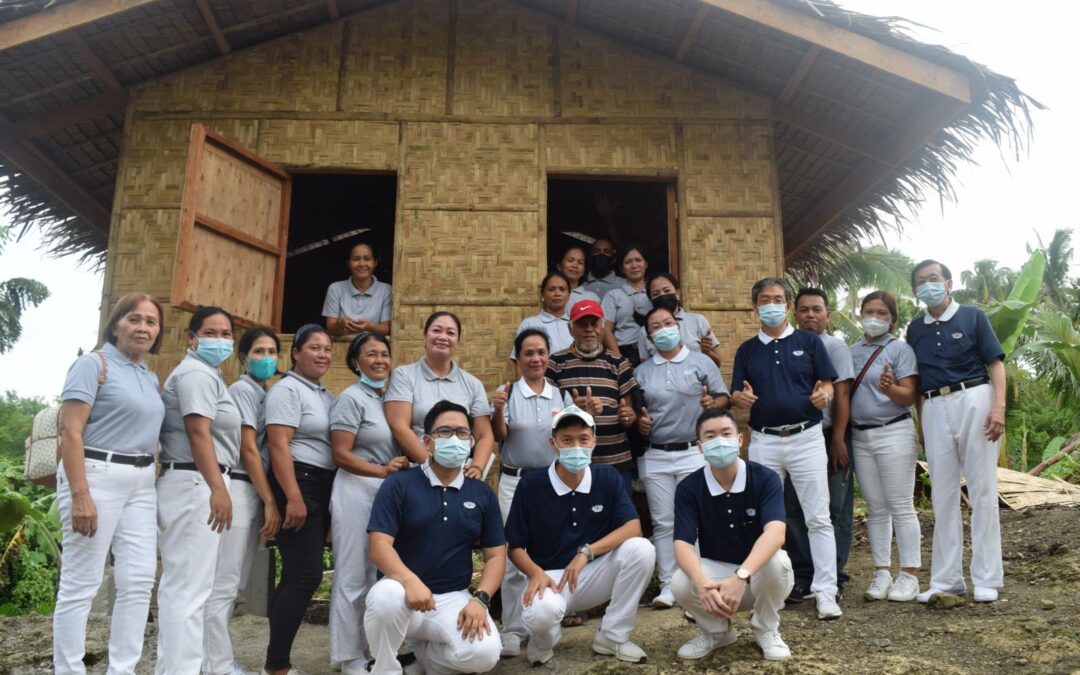 It was six months since the onslaught of typhoon Odette but still, a lot of Boholanos have not fully recovered and some remained displaced and homeless, particularly in Inabanga, Sagbayan, and Tubigon.

This set off a move by Tzu Chi volunteers to come up a project that would provide and promote healthy homes to the deserving, indigent families through the Tzu Chi Housing Project.

This project gives priority to the elders living alone whose house was greatly if not totally damaged by the typhoon. This also includes those seniors who have extremely poor house condition even before the calamity.

Delightfully Presenting the Gift of Home to the First Beneficiary

On July 29, 2022, the Tzu Chi Foundation has made Sergio Mejorada overjoyed as he was conferred with a gift of home being the first beneficiary of the Housing Project. 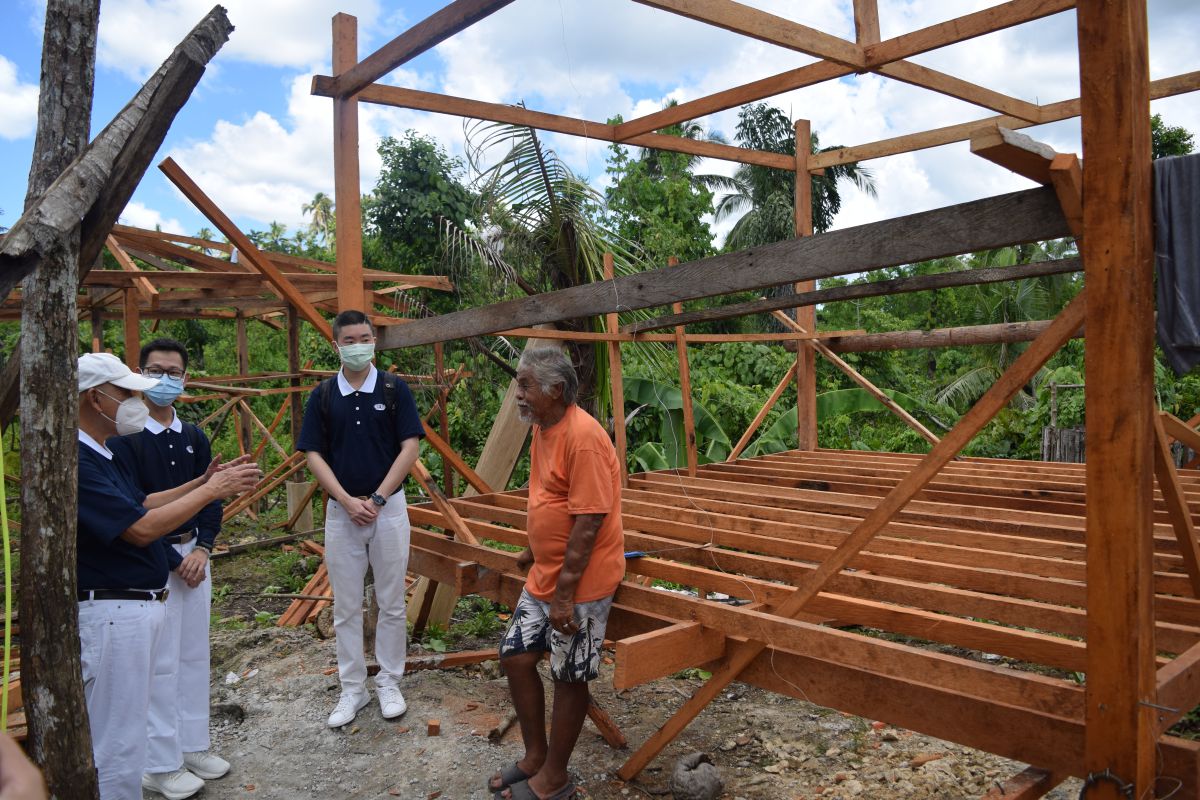 Sergio Mejorada is a 74 – year old from Sagbayan, who relies only his senior citizen pension worth 500 pesos monthly for a living. He lives with his younger brother Fedel, also a senior, who is a farmer. They have managed their daily living but their main problem is building a house for the two of them as their income is just good for their daily consumption sometimes even sufficient. Their house was totally wrecked during the havoc of the typhoon Odette. Momentarily, they live in their other brother’s house. This brother of them has a daughter whose mother turned her back on them.

The volunteers from Manila together with volunteers from Sagbayan merrily walked going to the house of the beneficiary carrying the grocery and house items for Sergio. They are as happy as Sergio, witnessing how a homeless man has given a healthy and decent home to live. 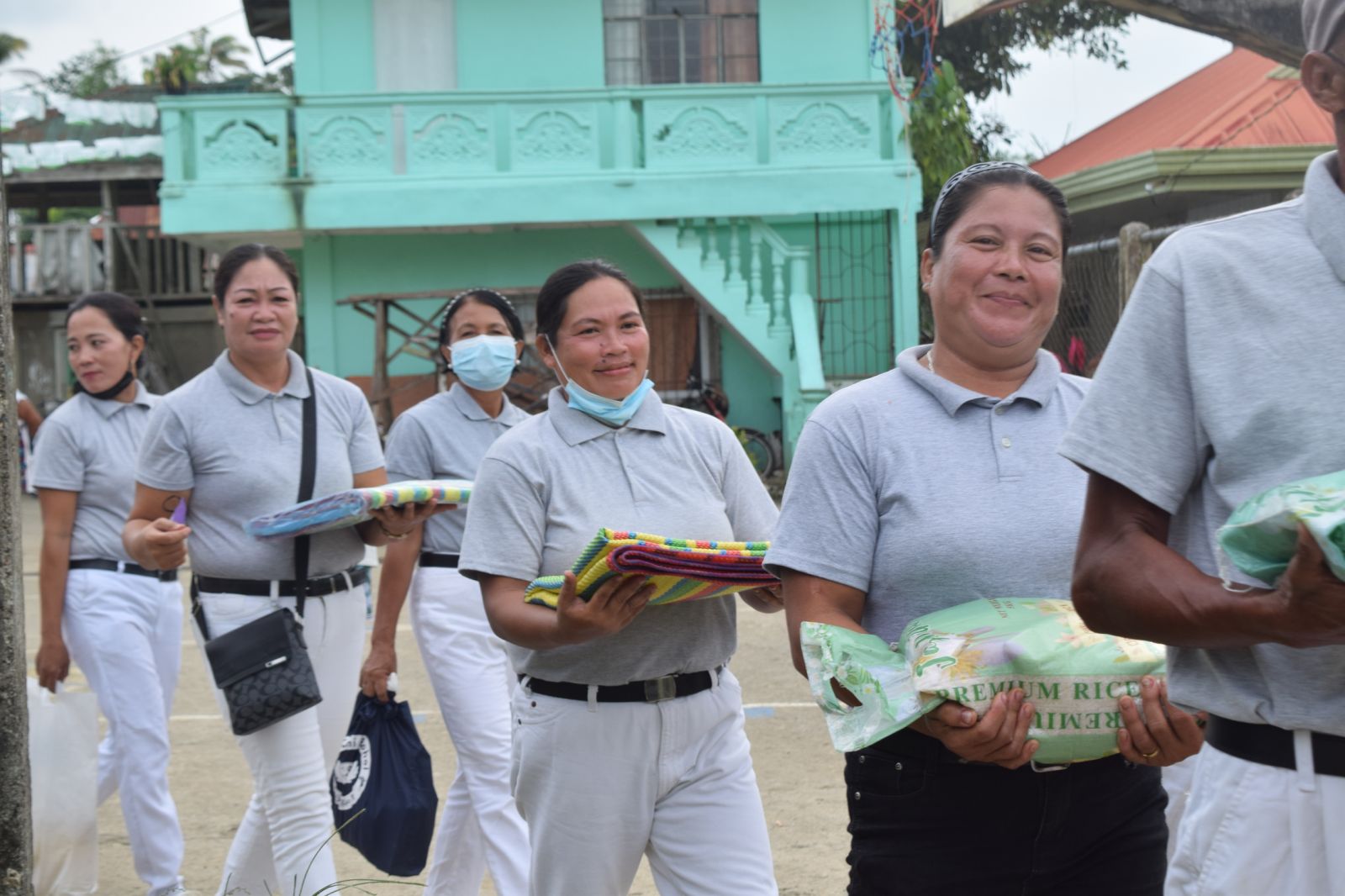 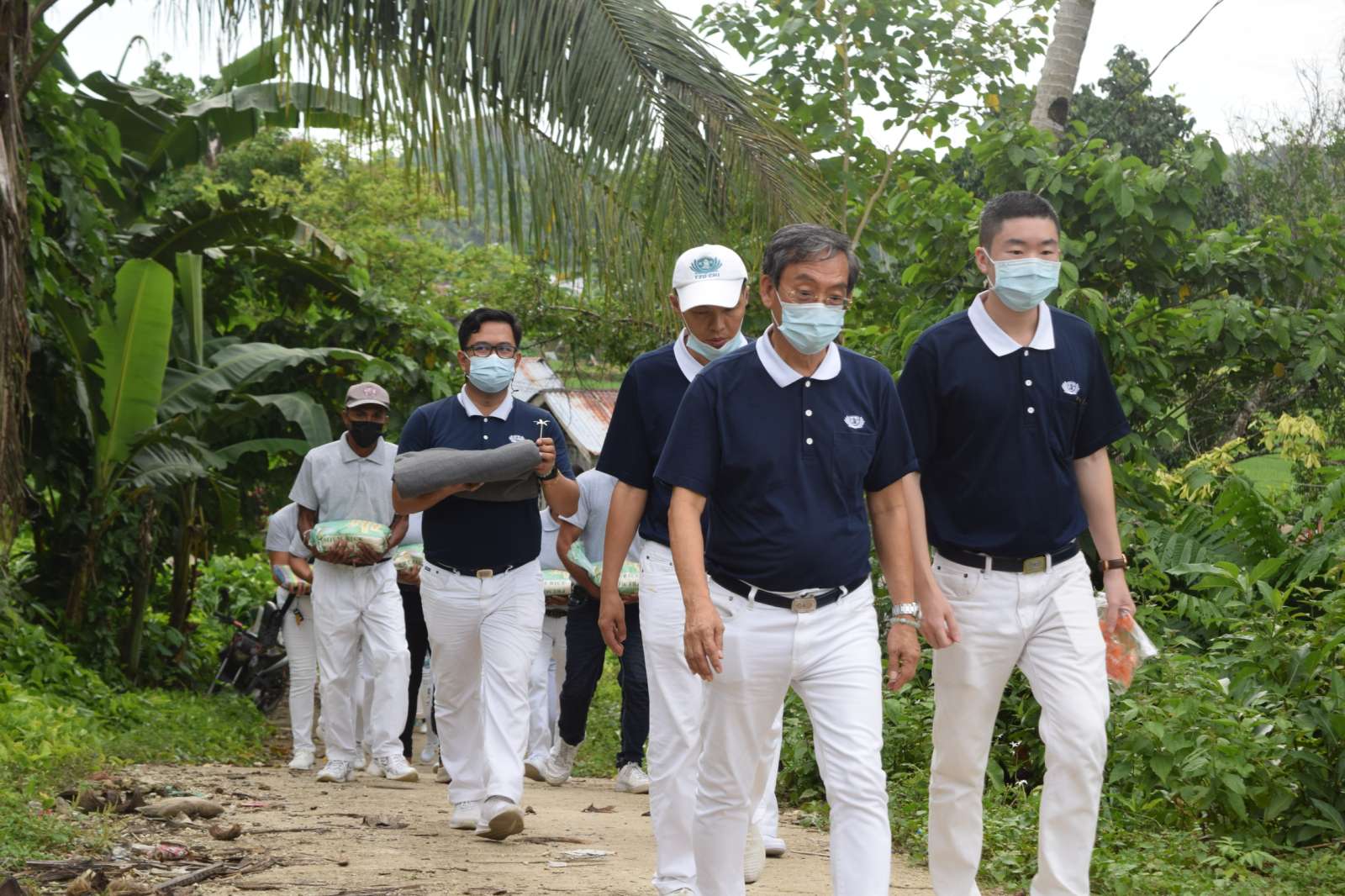 Sergio was overwhelmed by the compassion and kindness from the Tzu Chi Foundation. Being grateful and touched, he handed his donation from his coin bank. 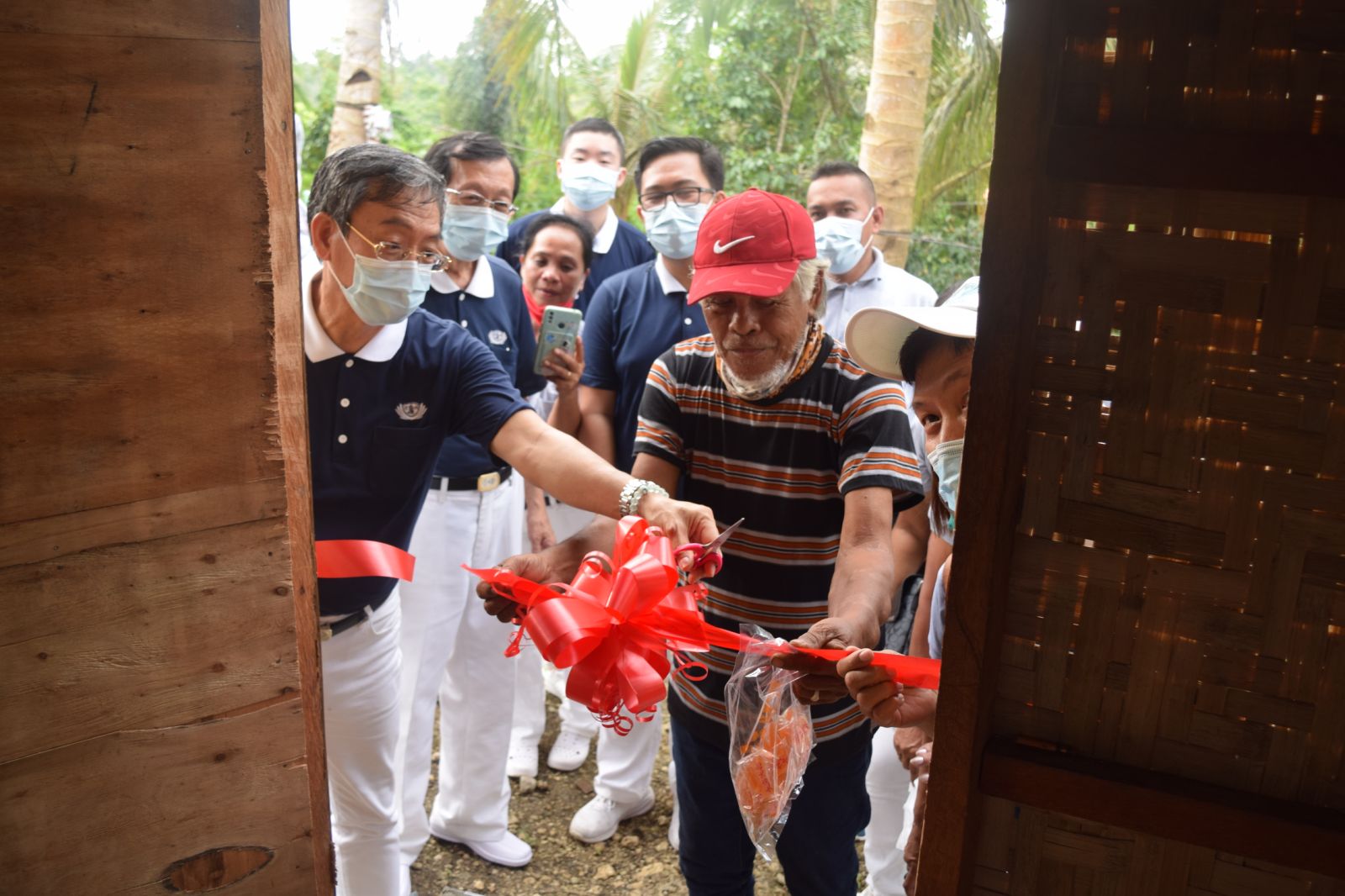 “I am in so much joy receiving this blessing from Tzu Chi, the house and there are also grocery, blanket, and others. I am so thankful to the founder of the Tzu Chi and the volunteers. I am grateful that finally, I have a house where I can live.

Liezel Sasutil is a volunteer from Sagbayan who referred Sergio’s case for the housing project. 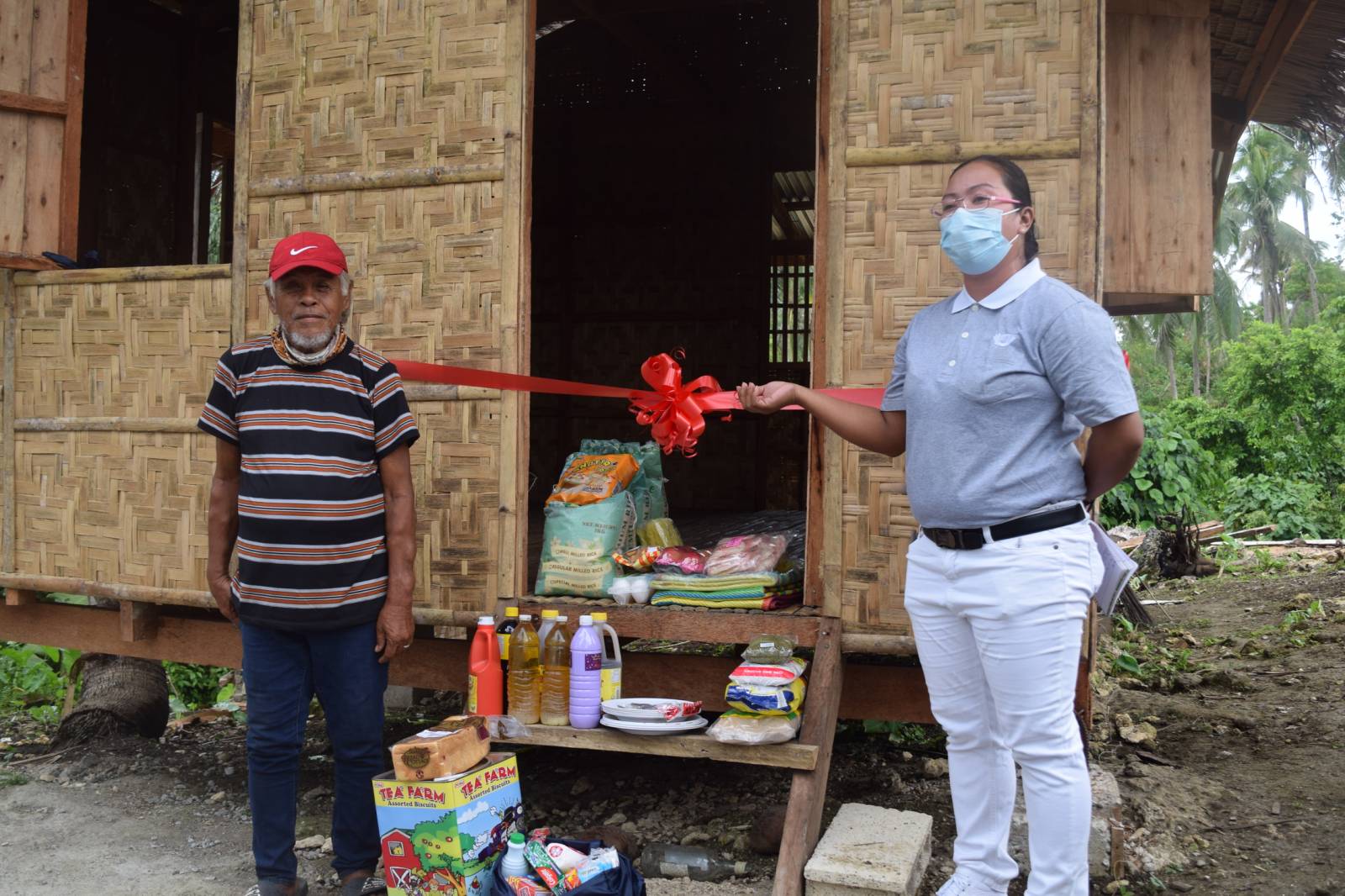 “I am a volunteer of Tzu Chi Foundation for 8 years. I referred Sergio as beneficiary for the housing project as I see that he deserves such help considering his age and living situation. Since the typhoon Odette, his house was wrecked and he couldn’t afford to rebuild one because of destitution and having no stable income. Now, I am joyful that I’ve lent a hand. I am in great joy and I am so much thankful to the Tzu Chi Foundation because there’s another one that is being help not just though providing materials but the comfort of having a place to stay.”

Volunteer, Michael Siao, also shared, “We are very grateful this time. This incident was reported by local volunteers in Sagbayan area of Bohol. It is because of Typhoon Rai which is typhoon Odette that he encountered such difficulties that destroyed his home. Since he was reported by our local volunteers and he was identified as among the poorest among the poor and everyone believed that it is worthy to help this family. I’m happy about supporting this mission and we’re so happy during this day. Finally, we are able to turn over this house and bring this blessing to this senior.” 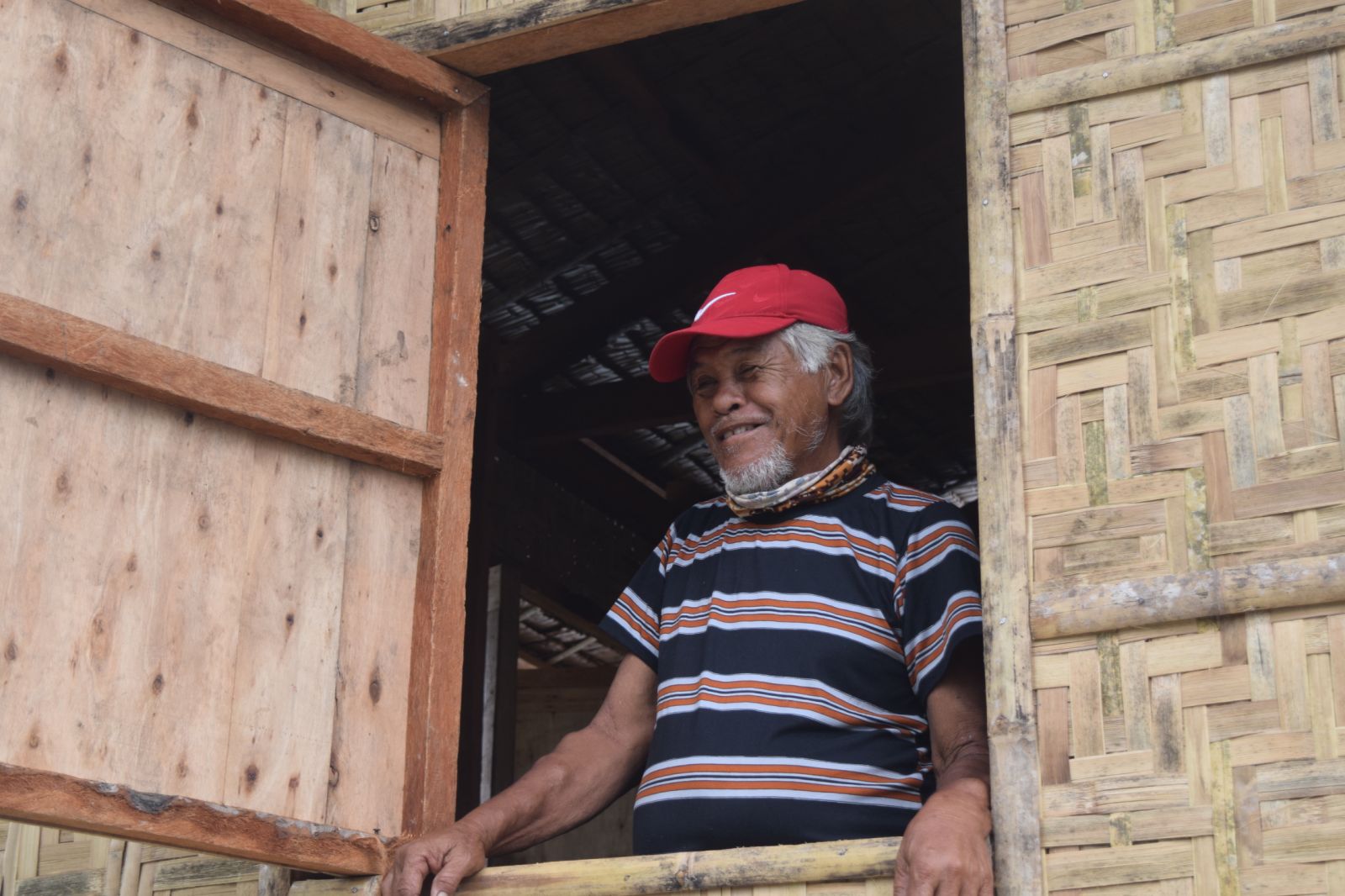 This housing project will not be realized without the unity of minds, efforts, and generous hearts of the volunteers, donors, and benefactors of the Tzu Chi Foundation who have put into actions the words of Master Cheng Yen.