A Beautiful Cure for Justin 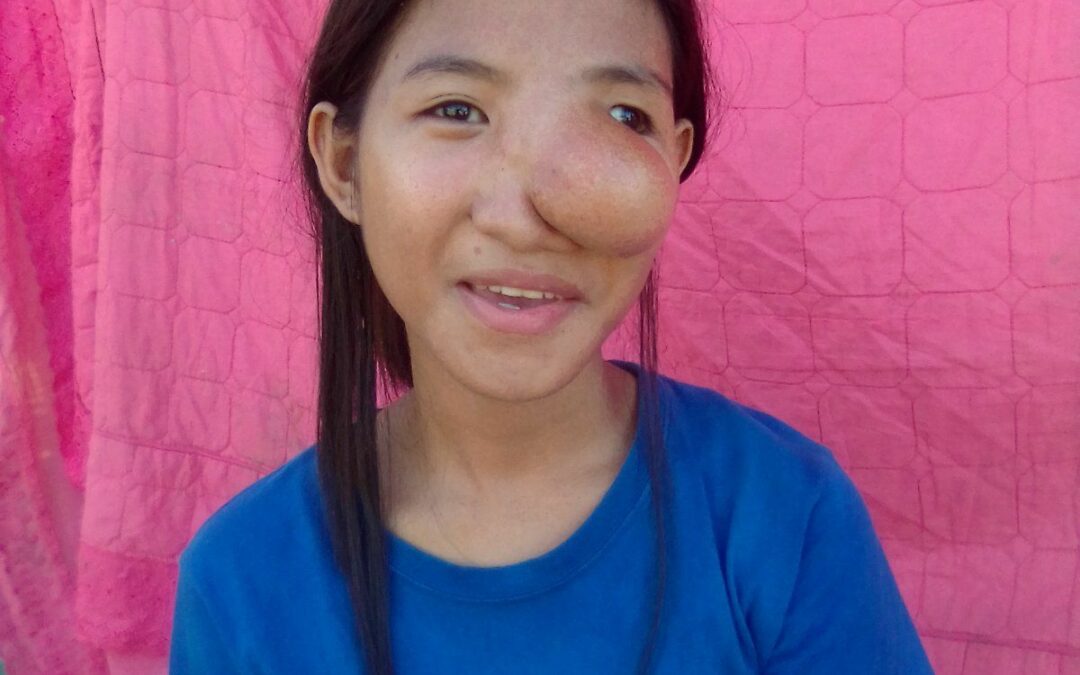 A wish granted and prayer answered for Justine Andolero from Talibon, Bohol for the solace of her suffering due to an illness.

Justin Andolero is an 18 year – old grade 11 student who has a heavy burden of having a Nasoethmoidal meningocele since birth. She has 4 siblings with separated parents. Despite this drawback in life, she still strives and pursues her studies as a working student. 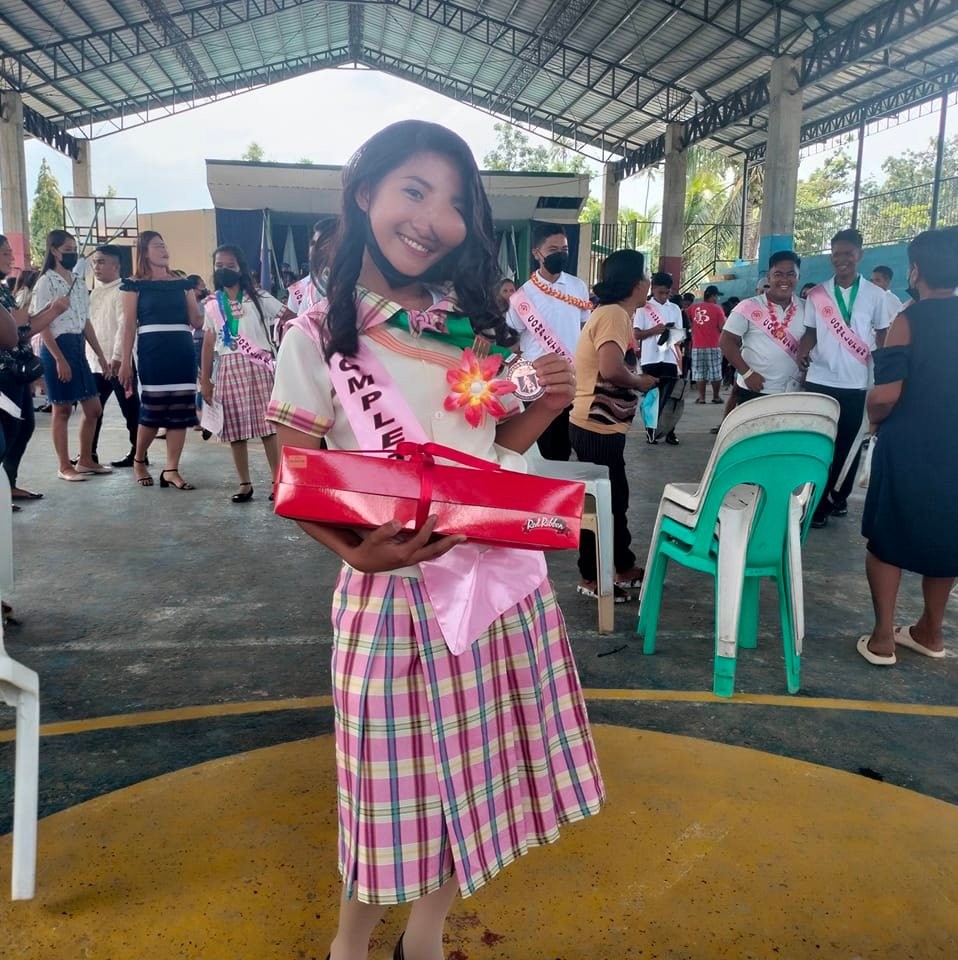 She withstood bullies and stares from people that she couldn’t tell if it’s mercy or mockery.

She felt the complication of her long-endured illness as it already affected her vision, so she went and seek assistance to a foundation in their town.

The Terence and Beth Giving Hope, Inc., a small foundation run by a Filipina – American couple, initially helped Justin but then advised to seek further assistance to the Tzu Chi Foundation.

The family of Justin only relies on the income of her two brothers for their everyday consumption. Her father has no regular income since fishing is seasonal. Due to her condition, she needs medical attention which cost money for her laboratory and consultation. Justin’s father who is Joseph was grateful to Tzu Chi Foundation for the help that extended to their family.

“Thank you so much Tzu Chi Foundation for assisting and helping my daughter in her surgery, if it’s not you all, my daughter were still on suffering.” said Joseph.

On July 20, 2022, Justine finally got a beautiful cure she’s yearning as Tzu Chi Foundation shouldered 70% for her operation while The Terence and Beth Giving Hope, Inc. provided for the remaining 30% of ₱100, 000.00. 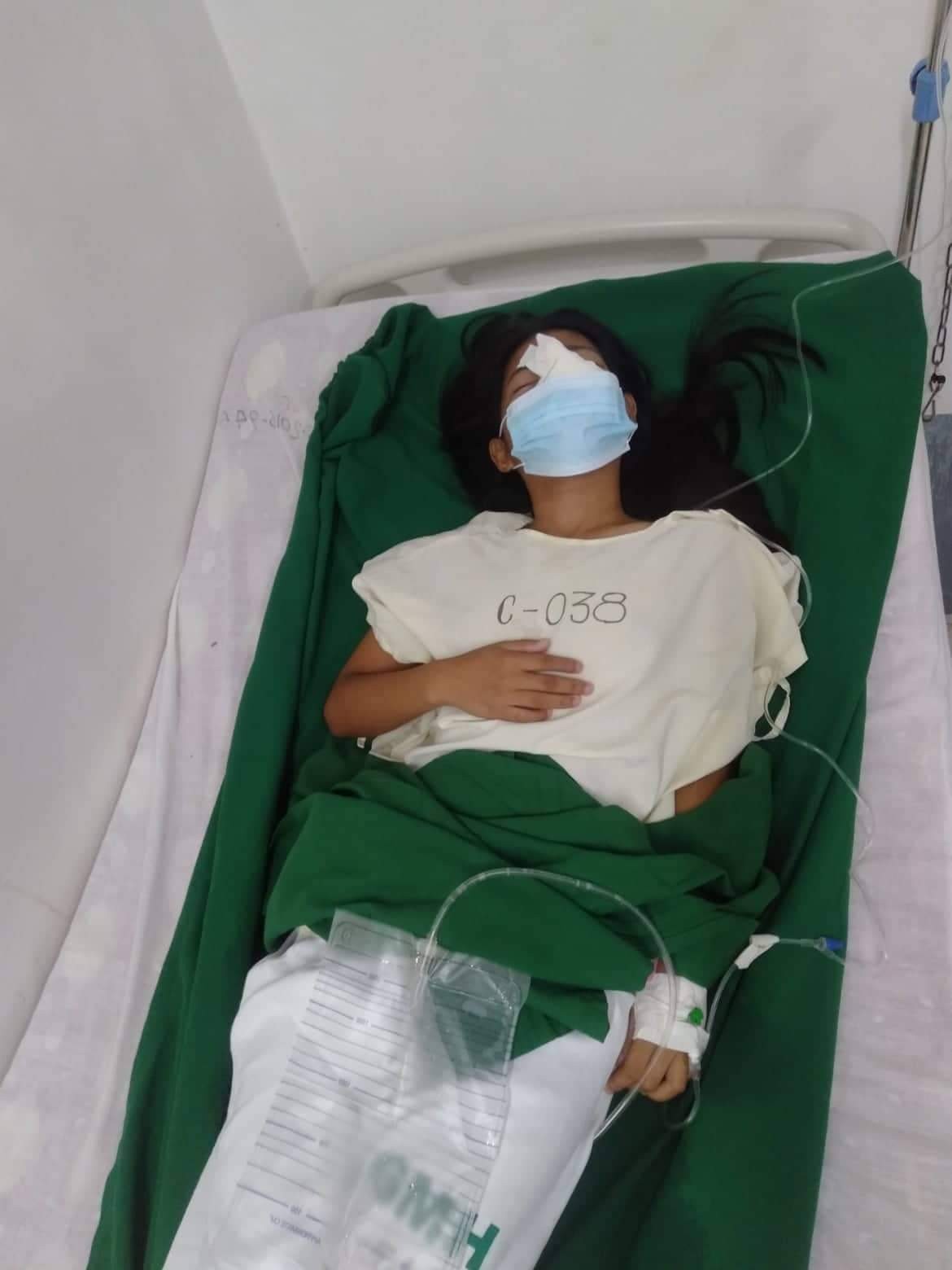 Justin cried for thanks to the Tzu Chi Foundation during an interview with her on July 27, 2022, in her follow-up check-up with Dr. Acosta. She expressed how she is in deep gratitude to the foundation as not only the enlarged lump on her face but also the pain and anxiety she bore for long years were extracted at last.

“I know about Tzu Chi through a foundation who helped me (Terence and Beth Giving Hope, Inc.), they brought me to Tzu Chi asking for further assistance, that’s why Tzu Chi helped me on my surgery” said by Justin.

Justin also claimed that there’s a huge difference after the operation. Before she was ashamed with the people who look on her face, her self- confidence was too low.

But after she was operated, her self-confidence boosts up, because she will no longer bear the big lump on her face.

“Before the surgery, I encountered different bullies, they criticize my looks and I feel I don’t belong to them. I just silently keep the pain in my heart. Now, after the operation, I am confidently faced the other people and I was thankful to Almighty, especially to Tzu Chi Foundation” Justin stated.

Justin was thankful for Tzu Chi Foundation’s compassion in helping. She was given aid to fix her face. This inspires her to pursue her studies and be an inspiration to other people for not loosing hope.

“I was deeply thankful to Tzu Chi Foundation for the helped of my operation. I have been waiting for 18 years to be operated and now through your helped I’m no longer carried the lump on my face. Thank you so much” Justin added. 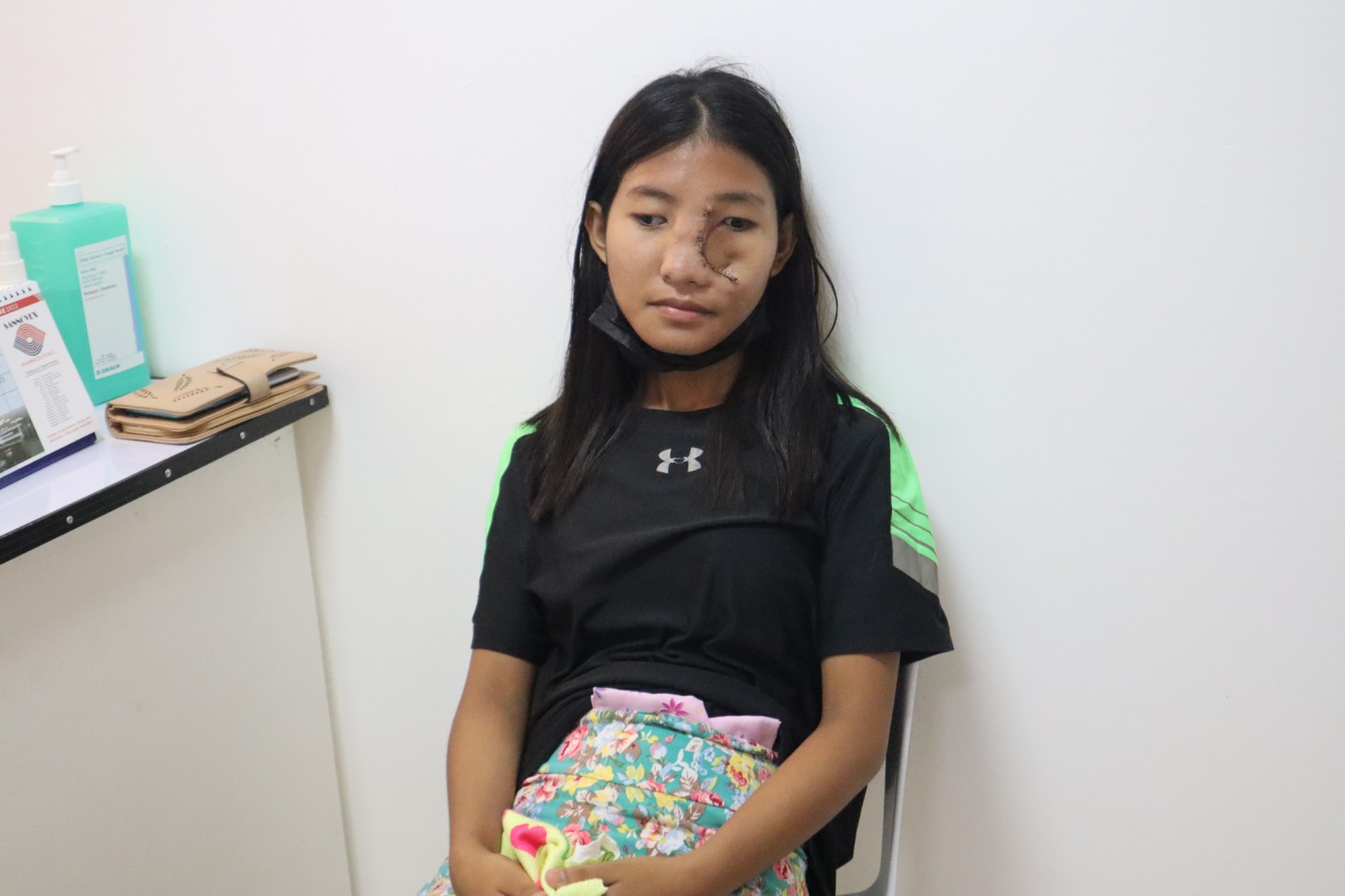 A close friend of Justin is the one who accompanied on her follow up check-ups since she was separated with her parents when she was young. Glysa Mae Transporte is also a scholar of Terence and Beth Giving Hope, Inc. Glysa Mae was thankful to Tzu Chi for the assistance that was given to Justin.

“On behalf, of Justin’s case, I would like to thank Tzu Chi Foundation for helping with her problem and finally it was already solved. Thank you for the financial support for her operation and to the donors behind it, thank you so much. You bring happiness to the children who lost hope and give them the motivation to continue with their dreams. Thank you very much and God bless” Glysa Mae said. 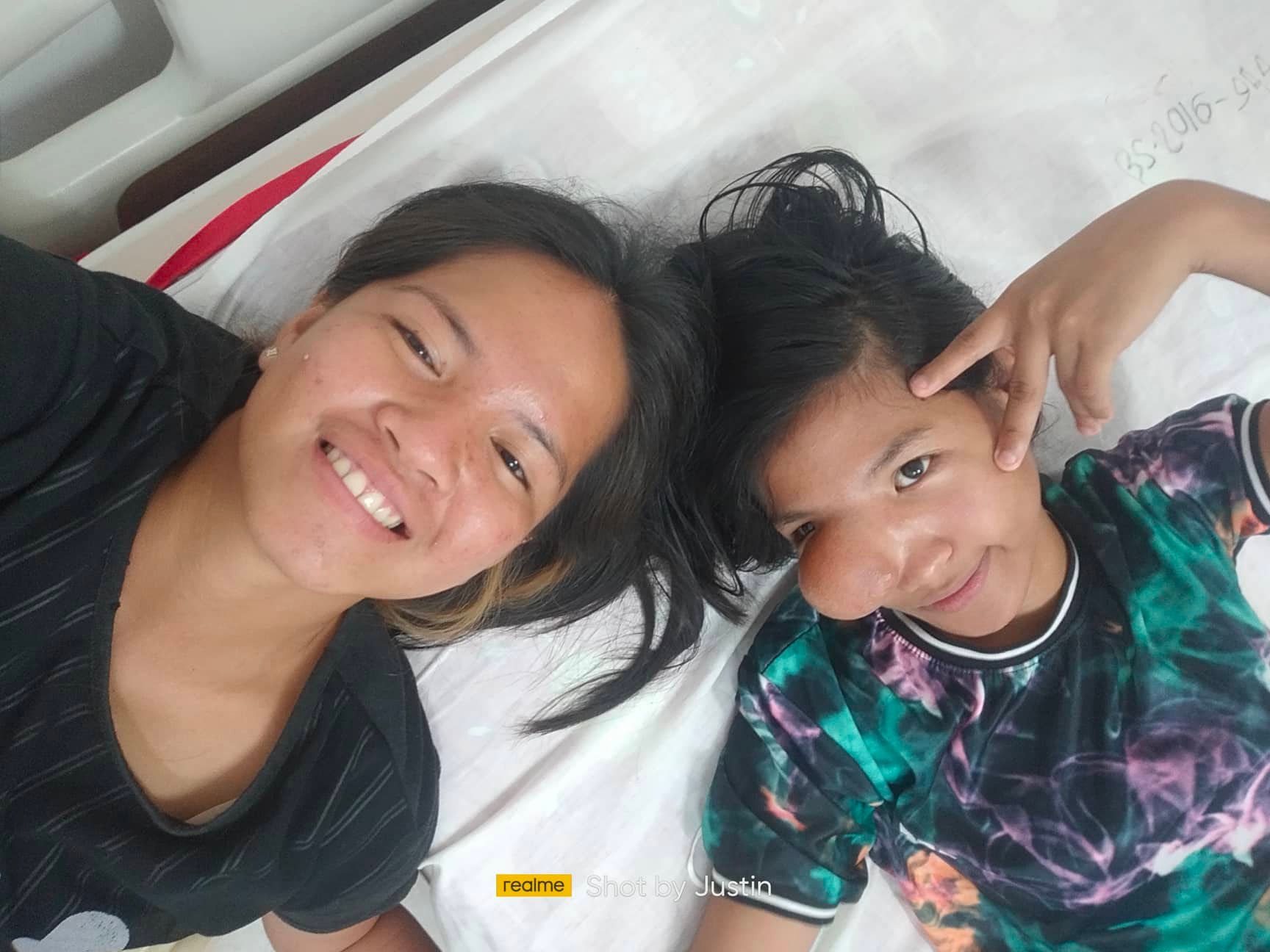 Justine is only one among many others who have received relief of a grief from the Tzu Chi Foundation. They are blissful and grateful to the kindhearted people behind the foundation, especially to the founder, Master Cheng Yen, volunteers, donors, and benefactors that made alleviation of sufferings possible through their compassionate hearts.

Indeed, what makes life fulfilling? It is to live with love and compassion to everyone. As what Master Cheng Yen said “A healthy mental attitude is vital to good health, which in turn leads to a happy and fulfilling life.”